So, I guess I’m doing book reviews now..? The funny thing is, when I was younger (like 10 or so), I used to go through books so quickly that my mom started making me write book reviews for each book I finished before she would buy me a new one. A little bit of a buffer zone for her wallet I guess, haha. I had this huge Word doc on the family computer just filled with my summaries and ‘thoughts’. I put ‘thoughts’ in quotes because they were mostly just things like, “I liked Hermione. I don’t know why, but I did.” Very insightful stuff!

Today I’m going to try my hand at a book review – it’s the first time I’ve done this in probably seven years – and hopefully dig a little deeper into my mind on books. I find that when I’m reading, I tend to plow through the thing without really considering it or, well, remembering it afterwards. This will (hopefully) change that. I have mostly no idea what I’m doing, just to be clear, and I don’t know what I should or should not be talking about – but whatever! I’m just havin’ fun with it, not trying to write an English class paper. 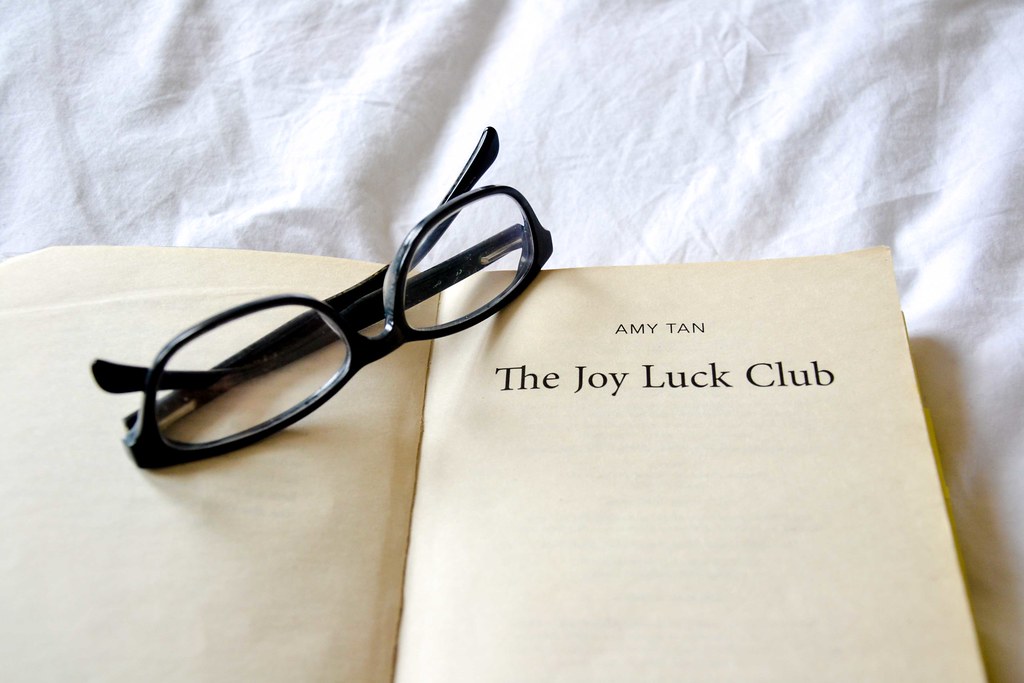 The book I’m going to be talking about today is The Joy Luck Club by Amy Tan. It’s rare that I talk to someone that hasn’t heard a little about this book or the movie adaptation before, but I think that might be because this is kind of a Big Deal Book in the US, and possibly not the rest of the world… So I’ll run through a quick blurb of this for you anyway. 🙂  The novel explores four mother-daughter relationships, and is split up into four sections, which, in turn, are split into four smaller sections. (Is the number 4 significant?? Idk!) The moms are all Chinese, but they moved to America at some point and settled in San Francisco, and their daughters were born and grew up Chinese-American.

This is a subject pretty close to my heart, because – shocker – I am Chinese-American! And my mom is Chinese! And we have a pretty fraught relationship most of the time! Exhibit A demonstrating this: many, many Post-It notes stuck on pages of this book saying things like “too real, bro. Too damn real.”, with some of the ink smudged because, well, crying happened. I have too many feelings, y’all! Too damn many!

I don’t see a lot of Chinese (slash Asian as a whole slash minorities in general) representation in the mainstream media/arts industry, so this was, I guess, the first book I’ve ever read which has content that I can see myself in. It was a really cool feeling. @WhitePpl, I can see why you don’t wanna give up your movie roles! It’s cool to see yourself in books and stuff! Lol, but I think this just kind of goes back to the single story that Chimamanda Ngozi Adichie talked about. I know in a vague sort of way that I am the center of my own story, and that all these other groups are their own stories, but it’s damn hard to believe that and know it down to your bones when Scarlett Johansson’s cast in Ghost in the Shell and there’s like one minor black character on How I Met Your Mother, u feel me? So, it was really new for me to see myself in this novel, and to feel like someone else out there had felt what I’m feeling now. And to know that they got through it.

Tan writes in this completely mesmerizing way that’s simple and concise but wildly evocative at the same time. It’s the kind of writing that makes you forget that it’s written, if that makes sense. Like how people who work in typography sometimes say their goal is to make people not notice their work, because then that means they’ve done a good job, and the typeface fits perfectly with the material. It’s like that. Often, when I’m reading, I’ll get the sense that the author is trying to sound like a great writer, pulling out flowery words just to use them. And it just distracts from actually reading what’s happening on the page. Amy Tan isn’t like that. I’ll be blindsided by a turn of phrase she uses, because I’ll think about it and I’ll conclude – no – there is no better way to say what she’s said. There’s no better way to phrase it, there’s no synonym that would be better placed here. It’s the only way to say what she’s saying. I think that’s such a rare quality to find, and I’m so excited to read more of her work after this. 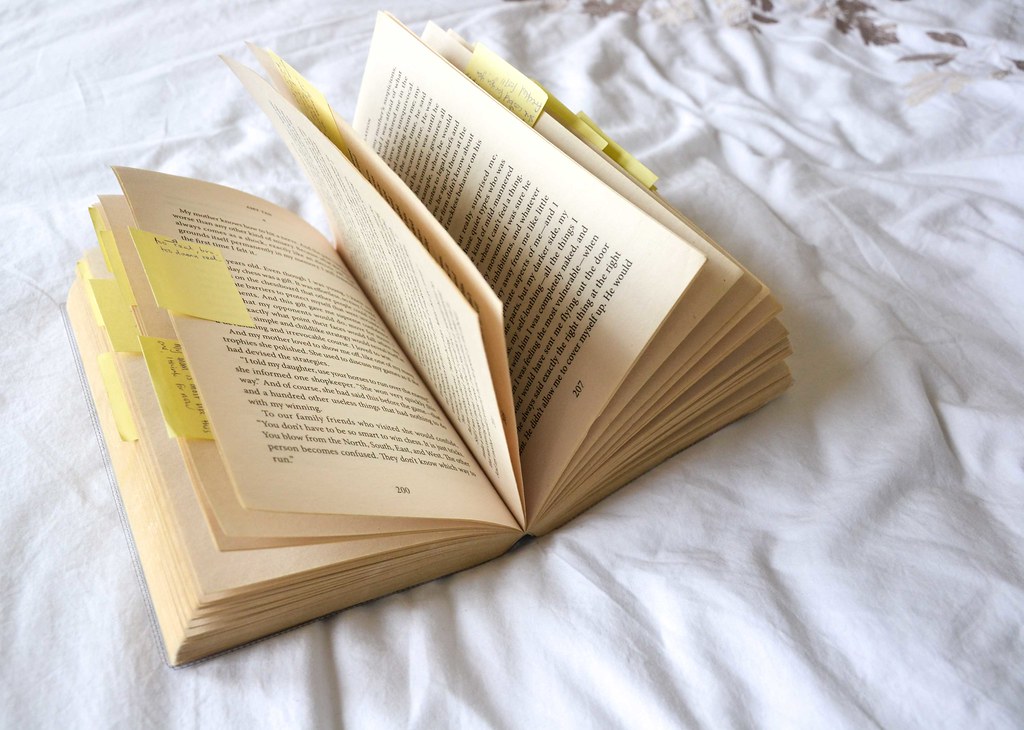 I read this book because my boyfriend and I wanted to read a book together, and talk about it in our own two-person book club. He’s an English major, and I’m pretty intimidated by that, so I started sticking little Post-It notes onto pages that I wanted to revisit and talk about with him. The first time we tried to talk about the book, I was kind of just like, “Oh, I love it!” Dot dot dot into silence… Flashbacks to 10-year-old Max and her lackluster reviews, lol. So, here’s a sample of my super insightful notes. They are mostly just me yelling in anger at the white guys in the book.

Which brings me to some stuff about the book that I did not like all that much! For starters, why did all the daughters marry white guys? That’s, like, sorta weird to me. I read an article (that I’ve just tried to track down in my Chrome history to no avail) once that talked about how, subconsciously at least, who you’re attracted to kind of says something about the power structures you’re in and what you’re pulled towards. So, for example, I’m lowkey into white fuckboys because they represent this power in the world, and I know if I’m in a relationship with one of them it’ll make my life a little more smooth sailing, at least in public. I won’t get as many loaded looks, as I do right now with my boyfriend who’s Latino. I guess what I’m saying is, I’m curious as to why the daughters in this novel weren’t more – how do you say – woke?

I’m also kind of curious about the glossing over of Chinese men in this novel, but I realize that the point of it is literally the opposite and meant to focus on Chinese mother-daughter relationships. So that’s not a huge deal, but I would have loved to see the daughter-father relationship developed more, or the sister-brother relationships.

Alrighty, that brings us to the end of baby’s first blogged book review! I hope you gleaned something from this mass of words – to be real, I’ve got a headache and I’ve just started my period (the first couple days of my period always leave me with cramps/ovulation pain/stomachache/I don’t actually know what this pain is) so I’m a little out of it. But I wanted to write this before I completely forgot everything. Also before I had to return the book to the library, because this is a library book and YES I realize that means I’m going to have to pluck all the Post-It notes out.