I finished reading We Need to Talk About Kevin by Lionel Shriver a few days ago, on a car ride. I’ve been reading the book off and on for maybe the past month and a half or so, after putting it on my to-read list when the movie was released all the way back in 2011 (dude, in 2011 I was 14… what a wee beb I was!) and I decided I loved Ezra Miller and wanted to see everything he was in. Well, I finally got around to it, @14y/oMax! I found the damn book at a thrift store a year and a half ago and now I’ve finished the thing and I’m writing down some thoughts!

A quick synopsis first of all, pulled from Google so I don’t give any spoilers: Eva Khatchadourian is a travel writer/publisher who gives up her beloved freedom and bohemian lifestyle to have a child with her husband, Franklin. Pregnancy does not seem to agree with Eva, but what’s worse, when she does give birth to a baby boy named Kevin, she can’t seem to bond with him. When Kevin grows from a fussy, demanding toddler into a sociopathic teen, Eva is forced to deal with the aftermath of her son’s horrific act. The horrific act in question is that 15-year-old Kevin has murdered a dozen or so of his classmates and a couple teachers at his high school. (Not super cheery subject matter, but very of-the-moment, given all the school shootings that happen in the US these days.) Eva narrates the novel through letters to her absent husband, Franklin, and recounts events from the past – before Kevin was born, during Kevin’s infancy and childhood – while also relaying events of today – three or four years on from the massacre, Eva is now working an office job and visiting Kevin in prison. 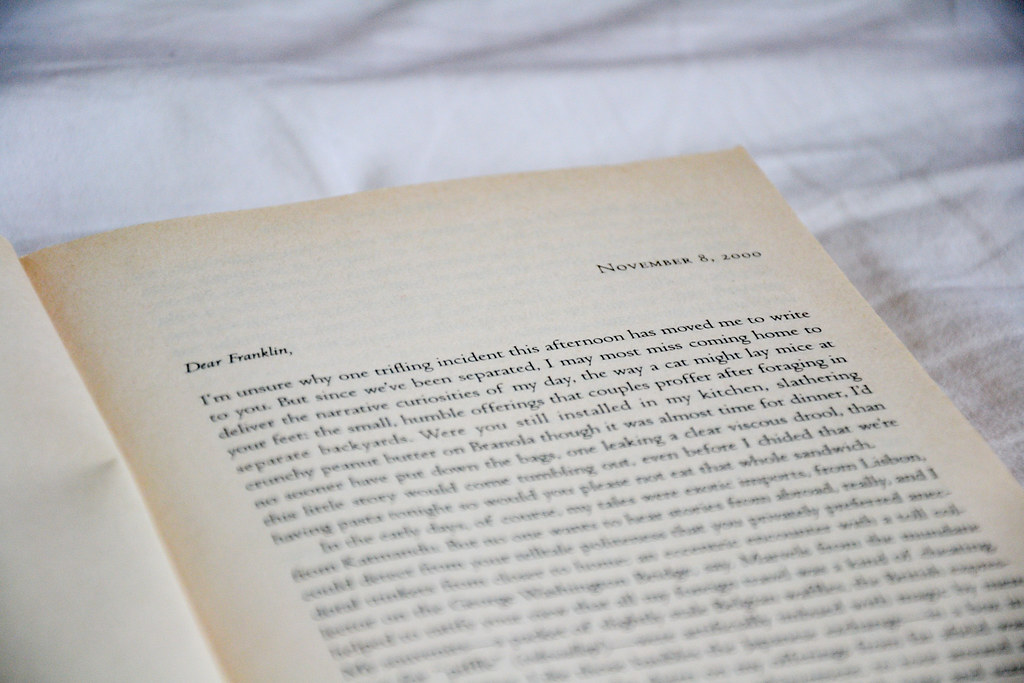 I was interested in the story from the get-go (‘mother comes to terms with her son being a mass murderer’ is a pretty interesting blurb), but the thing about the book is that it’s all about the subject matter. The writing itself is not really something you come for. It’s good, sure, but I frequently got the sense that the author was using very flowery language to seem like a good writer. Furthermore, the novel is set up as an epistolary! The ridiculous prose might have made sense for a third-person narrator to use, but I really doubt that a regular woman would have used lines like these in written correspondence. Look at this one, from the very first page: “But since we’ve been separated, I may most miss coming home to deliver the narrative curiosities of my day, the way a cat might lay mice at your feet: the small, humble offerings that couples proffer after foraging in separate backyards.” Like – Who says that?! Certainly not anyone I know, and I myself am prone to overly descriptive language in my Facebook messages to friends because I want to sound smart and cultured. In my post about The Joy Luck Club, I talked about how the writing never distracted from the work and it always seemed to fit perfectly – this novel is pretty much the opposite of that. The writing often distracted me from what was going on, and in doing so detracted from the work as a whole.

That being said, I really did enjoy this novel. It was thought-provoking, and takes you on turns that you don’t expect, bringing up questions that are so relevant in modern America. Why are some people evil? Why do they do heinous things? Are they just born that way? Is it their parents? Did we make them like this? It also brought up a lot of questions regarding parenting and motherhood in my mind. Eva’s a reluctant mother, and I wonder whether that and how she raised Kevin had anything to do with how he turned out. I’m kind of a reluctant mother myself, in that I’m not super sure whether I want to have kids, and I’m leaning towards the ‘No’ option. It freaked me out that a lot of Eva’s thoughts regarding having kids mirrored my own; thinking that I could be a bit of a bad mom like Eva, and might produce a damaged child like Kevin. Lastly in the trifecta of subjects raised in my mind – how do we treat people who do things like this? Do we forgive them and move forward, helping them to move forward as well? Or do we punish them and make them hurt, suffer like they caused others to? 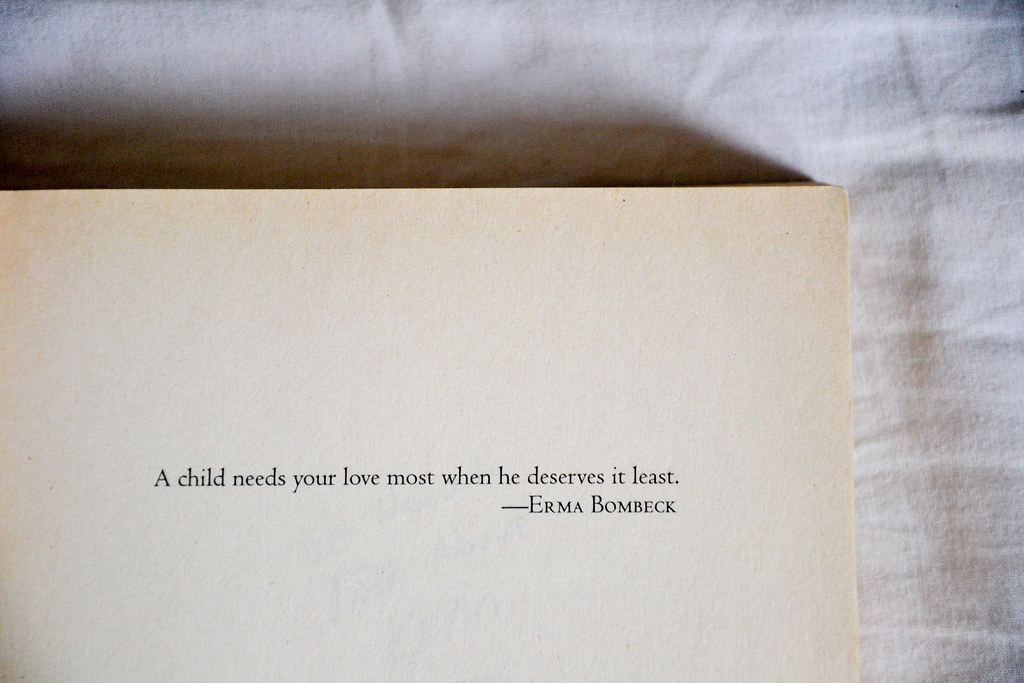 While reading the book, I sympathized with Eva the most, as cold and hostile as she was. I even sympathized with Kevin a bit, and I felt so sorry and hurt for him. How much pain he must have been in to plan something like this and then commit to it, carrying it through the whole way. I wanted to forgive him, because I always think that we as humans, as a society striving to be ever better, should take the higher ground and show kindness to our fellow hooman beans. But when you think about the real life occurrences – that’s not such an easy position to take. How can you forgive a fucked up white boy who kills people because he can’t get a date? How can you forgive people who are so ugly inside that they hurt others, to the point of killing them? I don’t think you can. Individually, I might be able to sympathize with these people. As a collective, an epidemic of sorts that’s hit this country, I can’t. There’s a balance between advocating for the values you believe in, protecting yourself, and showing kindness, a hard balance to find, but one that we need to, all the same.

I have to say though, reading this book was honestly a bit of a slog at times. Some parts were very slow, and because of the aforementioned ‘I am a good writer let me prove it with big words and long-winded sentences’ thing, it wasn’t a huge joy to get through those parts. The last quarter of the book I plowed right through, but I had to keep taking breaks because I started crying a little… This isn’t saying much though, because I cry at anything – I cry just thinking of Hedwig the owl dying in Harry Potter. (Hopefully that wasn’t considered a spoiler.) The last letter from Eva to Franklin, where she recounts the day of Kevin’s attack – referred to as Thursday throughout the whole book, which I thought was a nice touch, because sometimes you can’t say ‘the day our son killed a bunch of people’ – was written really well, in my opinion. Shriver did away with her big language and cut to the chase of the action, plowing relentlessly forward. 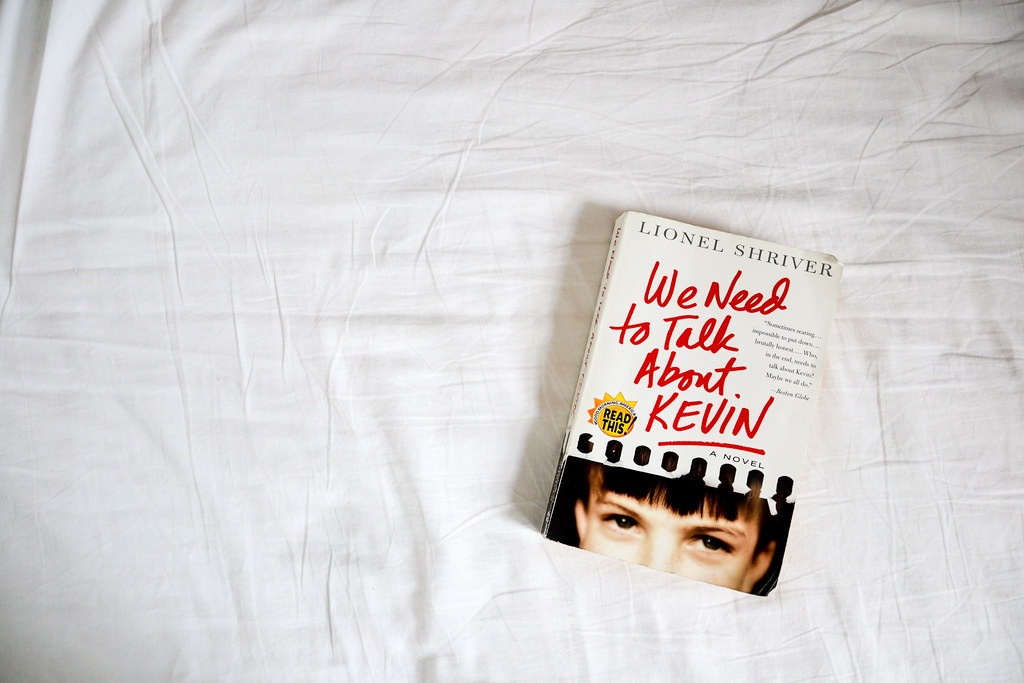 Alright, final thoughts – Would I recommend? Yes, yes I would. Just don’t expect prose that’ll rock your socks. Shriver deals with the touchy subject matter of the novel really well, I think. It’s such a heavy topic to tackle, but Eva is brutally honest as a narrator, and as the Boston Globe says on the front page of praise for the book – “Who, in the end, needs to talk about Kevin? Maybe we all do.” (dun dun DUNNNNN) (did that ruin any semblance I had of a srs bsnss book review? Probably. ¯\_(ツ)_/¯) Also as a final final note, I regret getting this copy of the book because 1) the little boy’s eyes creeped me out the whole time I saw it, so I always had to flip it around so the back cover was facing up and 2) then I felt really sad and sorry for whichever little boy model was used for this book cover; can it really be a good feeling to know you’re perfect for a mass murderer book cover shot?