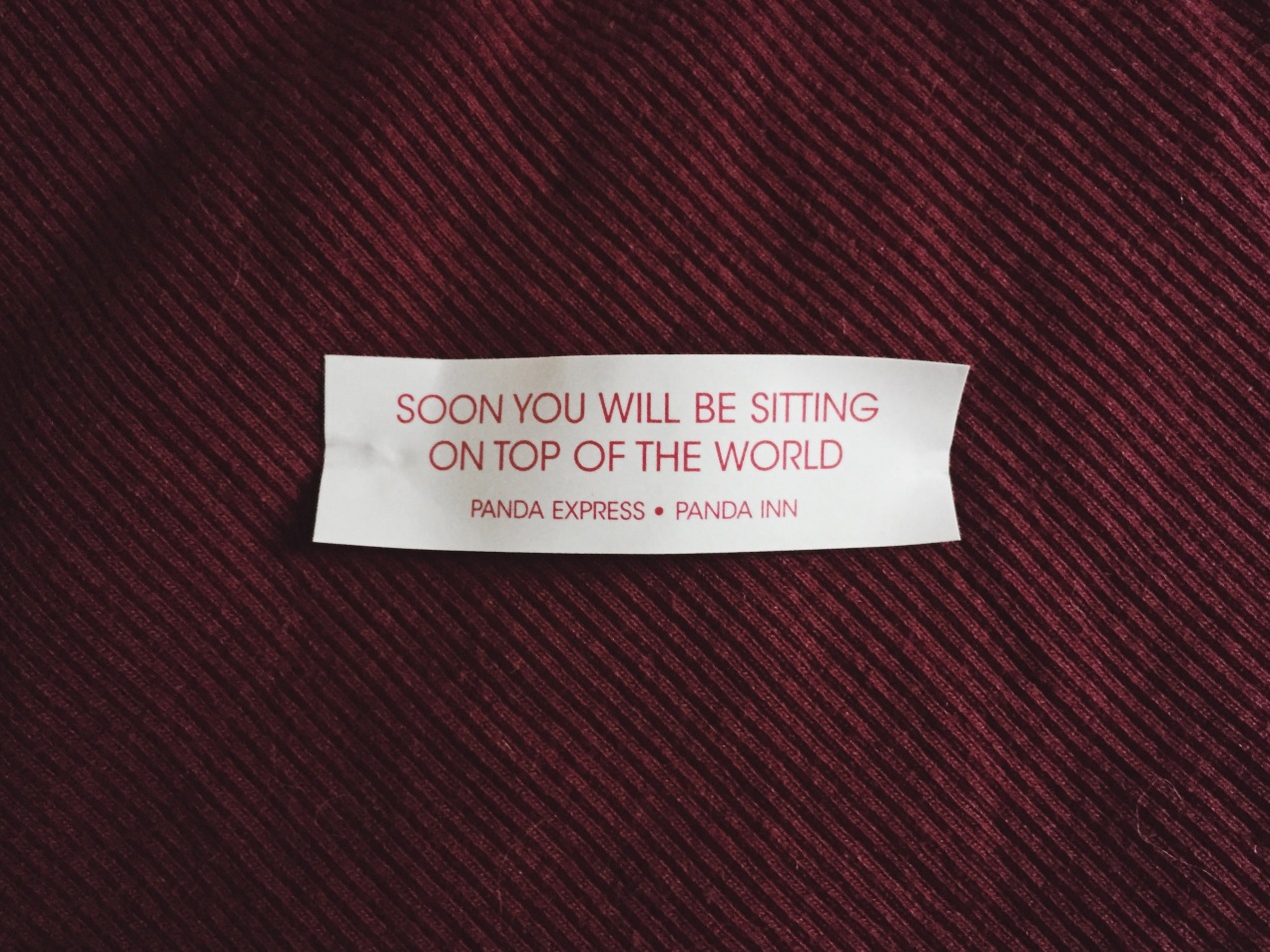 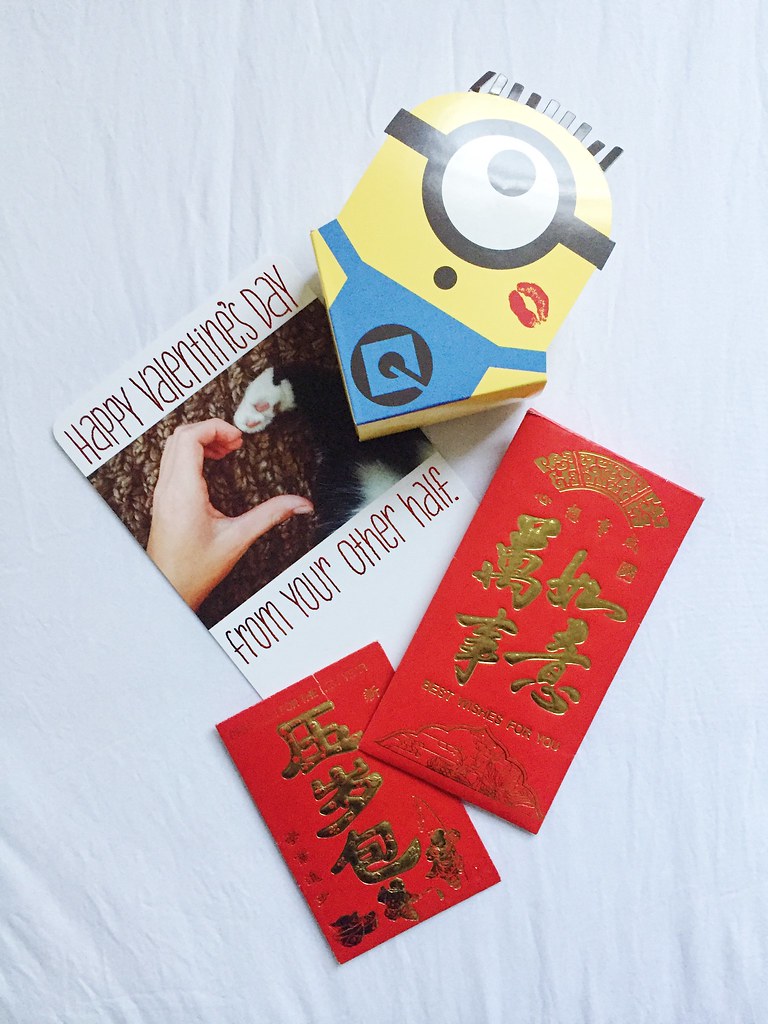 February obviously brings us Valentine’s Day on the 14th, but also Chinese New Year/Lunar New Year was on the 16th! My boyfriend and I were both busy during the day with school and work and whatnot, but we had dinner at a Japanese restaurant and watched some Avatar: The Last Airbender afterwards. I think the commercialization of Valentine’s Day, as with all holidays, is kinda gross, so I don’t really care for that stuff – like, what is the reasoning?You must buy your wife a diamond ring or else you don’t love her properly? ??? So we didn’t do any gifts, but J did get me some chocolates packaged in a little minion box and, like, Y’ALL. I am a SUCKER for minions. I will passionately defend those little yellow creatures until the day I die, probably. The card up there with the cat paw was supposed to be “from” my cat Luna, lol, it has a little message inside in J’s messy handwriting saying “hi mama! thank you for being the best cat mama ever!” 😻 Chinese New Year was a pretty quiet affair this year – my dad was in China and my brother’s studying abroad, so it was just my mom and I and a whole lot of dumplings and noodles etc etc etc. I’m never sure what ‘cultural’ or ‘ethnic’ knowledge is well-known at this point, but a custom in China (idk about other peoples who celebrate the Lunar New Year) is to give red envelopes filled with money to the kids. Always nice to get some $, lol, especially since my extended family doesn’t get me gifts at other occasions throughout the year. 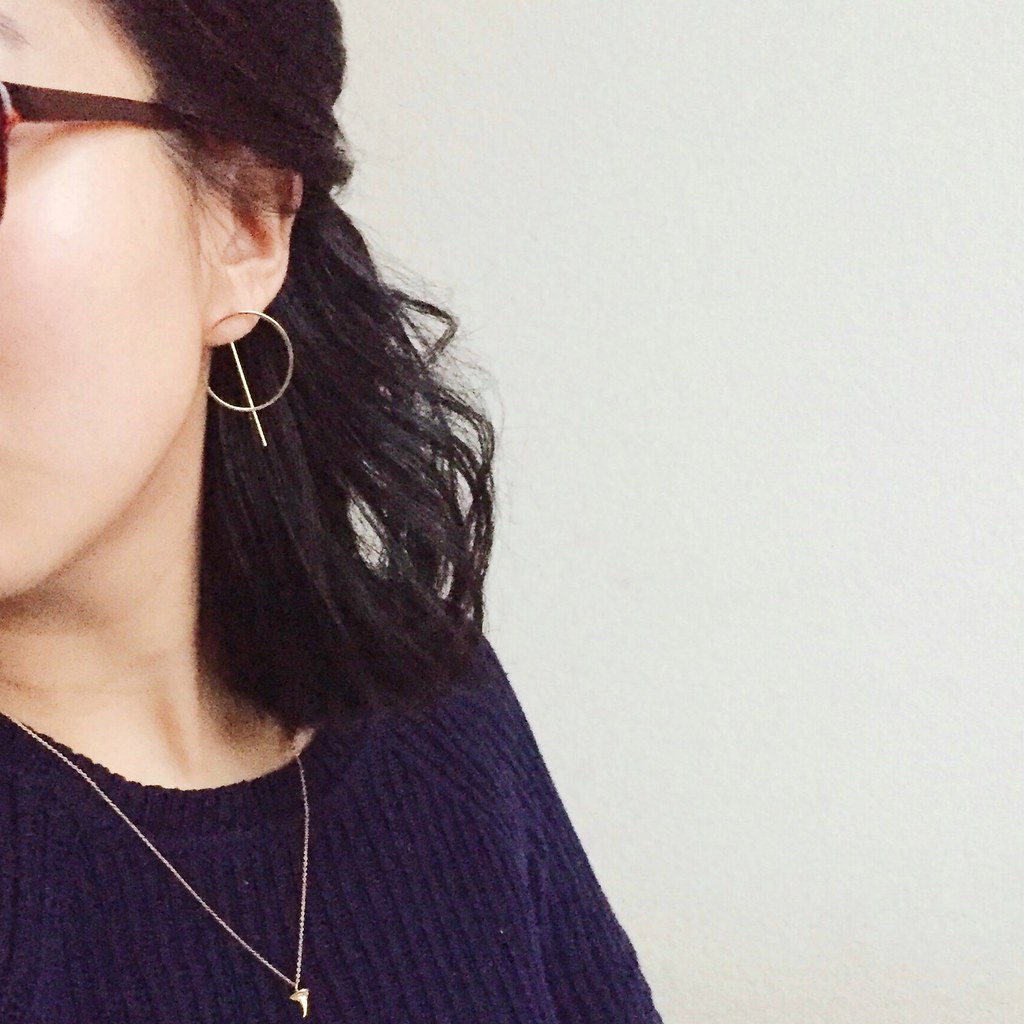 OK, we’re gonna start this off with something I didn’t actually love or even really like – my haircut! I had really long hair (like, down to my butt when it was wet in the shower) and I decided to chop it off to my shoulders maybe a week ago. I’m still adjusting, but it’s nice to use a teeeensy amount of shampoo now. 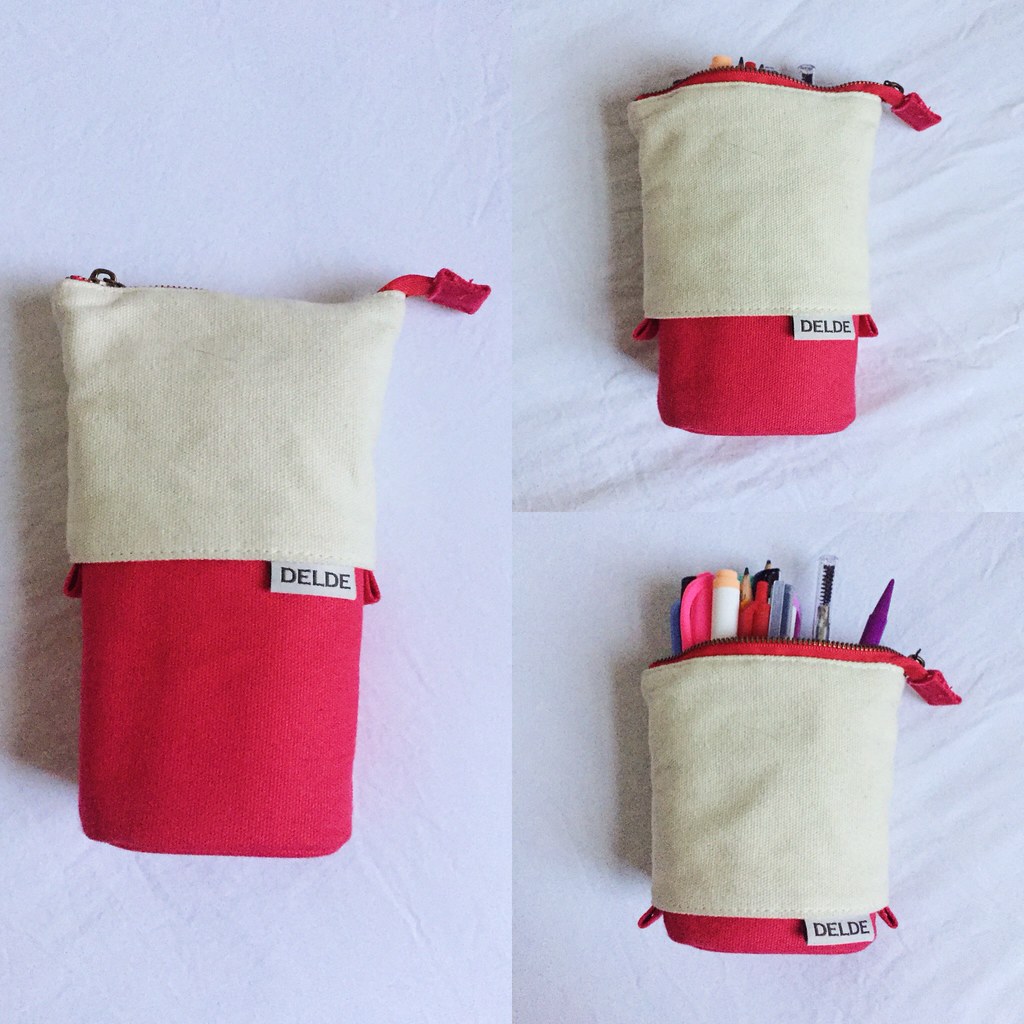 Something I did unequivocally super duper really mega extra LOVE (no hyperbole here, guys) is this new pencil case o’ mine! I got it from JetPens.com and, as the pictures above hopefully display, IT SLIDES. !!!! It’s structured enough on the bottom to stand up by itself, so you can pull the top up and zip it up when it’s in your bag, and then when you’re at a desk you can pull it down and see all your shit. It comes in, like, 15 different colors so I spent a week deciding between the red, the yellow, the navy, and the teal polka dot lol. It’s such a small thing but it really makes your life easier/better when you compare it to the experience of rummaging around a pencil case trying to find something and not being able to see. 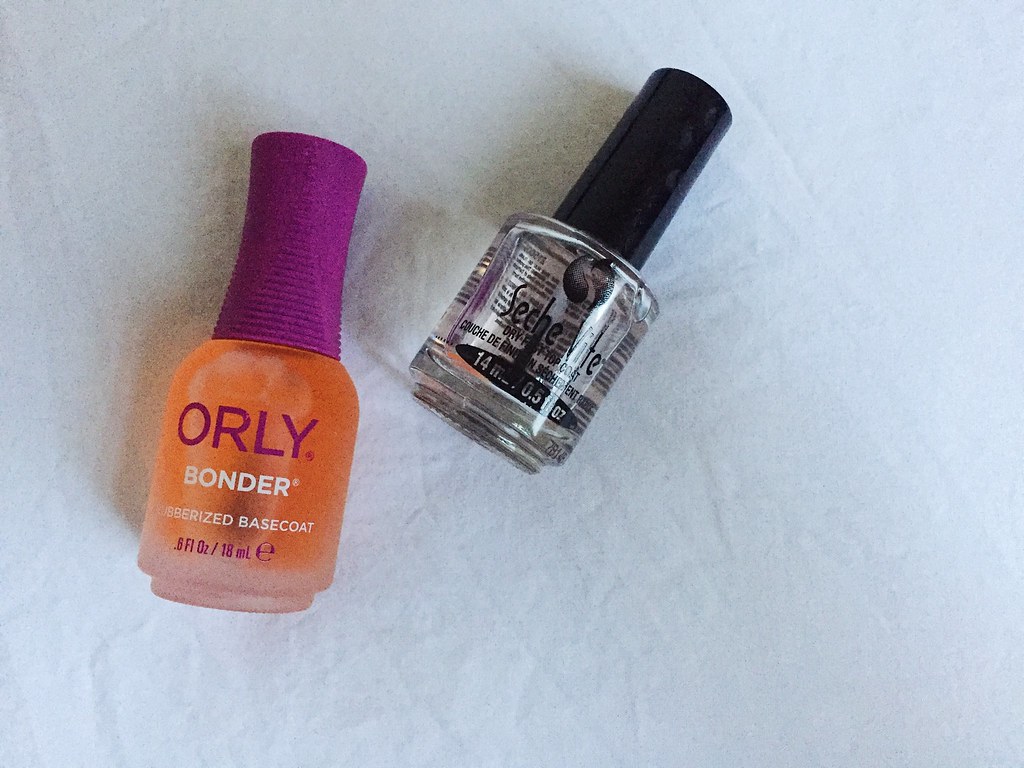 These aren’t new discoveries (which is part of why I changed the title of this section from new things I got to things that I’ve actually been using and liking), but I haven’t used them in a fair while and completely forgot how good they are. Why did I ever leave these? (It’s because I bought a butter London base/top coat set that was on sale and had to use it up or else waste that $$.) Anyway, if you like manicures, especially of the do-it-yourself variety, these are the best of the bunch. The Seche Vite topcoat is iconic in the way that invites the handclap emoji to be utilized between each letter (like so: i👏c👏o👏n👏i👏c), but on the off chance that I can be the first to sell you on this – it dries so fast and is so shiny there is no comparison to be made with any other top coat. It has a distinctive smell, but, like, hey, what nail polish doesn’t. The Orly bonder base coat is rubberized, which is why it’s so effective at making your next polish layer stick to it. It came recommended to me by Eva Chen (current director of fashion partnerships at Instagram but previously worked at Lucky and TeenVogue magazines) when I left a comment on her Instagram asking what her favorite nail polish base and top coats were. I was, like, 15 and did not expect her to reply, but SHE DID and I gasped and I went out and bought it and there’s a reason Eva Chen told me it was her favorite, my dudes.

3. let’s talk about GUNS IN AMERICA

Not to get super ~heavy and ~political, but TOTALLY to get all heavy and political, February also saw a shooting at a high school in Florida happen. It’s a really sad time every time a mass shooting happens and it’s also really goddamn sad that we all go “Oh, another one?” when we hear about them. Like, that’s not cool! That should not be normal! It should not be some kind of collateral damage on the road to freedom championed by pro-gun people. (I loathe to call them activists, in the same way I loathe to say ‘alt-right activists’.) Marjory Stoneman Douglas High School saw 17 die on Valentine’s Day, and it’s occupied the national consciousness/news ever since and in listening and reading about the gun debate, a lot of people are saying that something feels different this time – it’s being attributed to the high school students who survived the shooting. Looking at these students and activists is so goddamn powerful and inspiring and reminds me to banish the cynicism within me and stay hopeful in the resistance.

Something that really stuck with me was Emma González’s “we call BS” refrain in her big speech. I think a lot of the pro-gun rhetoric just really, really does not make sense. Like, you think it’s a mental health problem and not a gun problem? Like, OK, is that why you’re trying to get rid of affordable health insurance for a ton of Americans? Is that why you made a shit ton of mental illnesses pre-existing conditions that disqualify you from affordable treatment options? That’s just one example, but I think a lot of the big points that pro-gun conservatives return to just do not stand up. They’re just bad arguments. And yet we’re still trying to reasonably interview or debate them. “We call BS” is so simple and so powerful for that reason. How can you negotiate a compromise with someone when they refuse to listen to evidence? When they’re so willfully ignorant of case studies and statistics and expert testimony and dead children? I’m not sure you can, and I think the best tactic sometimes might be to just call them out on their BS.

All this to say – fuck the people who think their right to guns comes before someone else’s right to be alive.

4. things that u cannot touch with ur own flesh that i really liked! 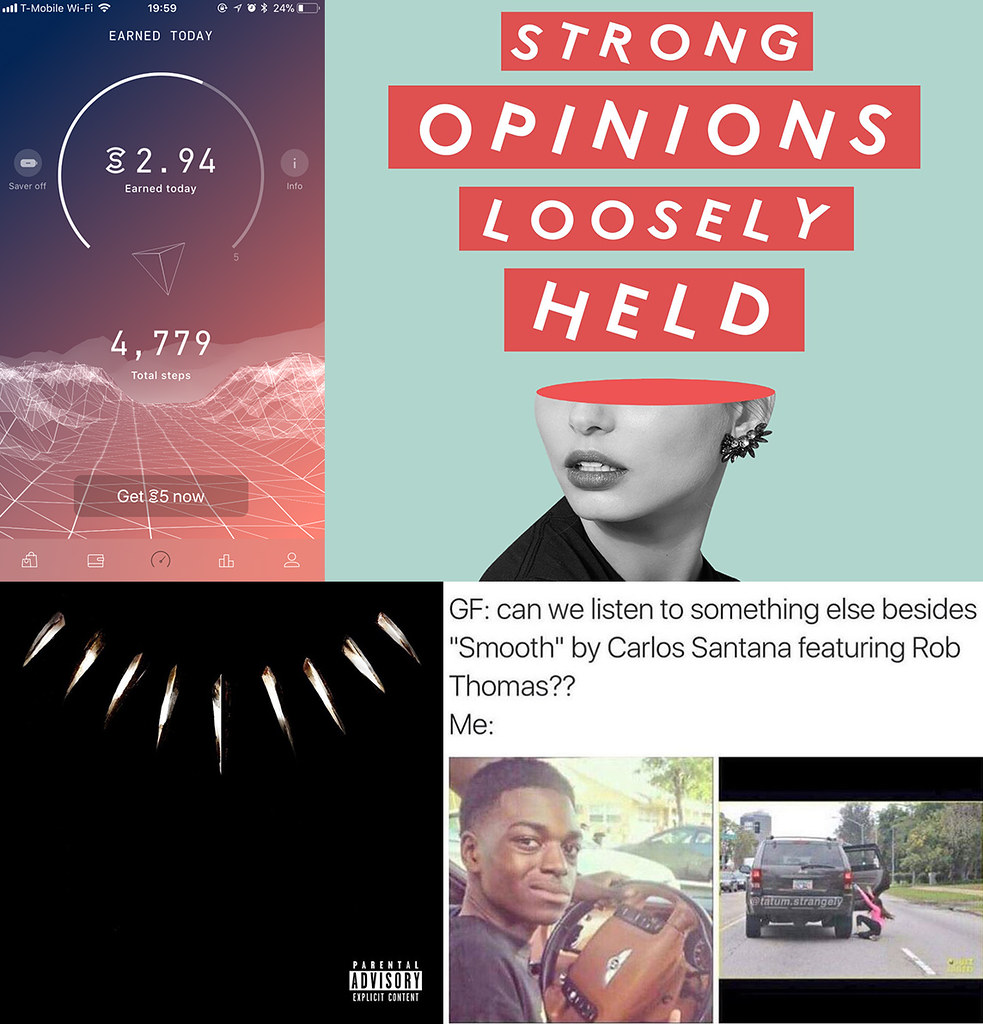 Sweatcoin app: Sweatcoins are a form of digital currency made up of the steps you take which are tracked by your phone. Every 1000 steps is 1 sweatcoin, and then you can redeem those sweatcoins for real things – like an Amazon gift card, an iPhone X, some leggings, etc. It’s a way to encourage you to be more active, but I don’t really view it that way – if I’m dedicated to being sedentary, an app isn’t going to galvanize me into running a marathon, lol, especially when you need like 10,000 sweatcoins to get anything really good. But it’s a nice way of getting rewarded for something you already probably do! (One thing I should note is that it only counts the steps you take outside, so if you walk up seventeen flights of stairs to get to your office, you’re outta luck.) Full disclosure, the link is a referral link that gives me 5 sweatcoins, but if you don’t want to be a bro, you can obviously Google it and do the same thing with no benefit to me. 😦

Strong Opinions Loosely Held podcast: This is a podcast hosted by Elisa Kreisinger via Refinery29 and I LOVE IT. Kreisinger talks about pop culture – already one of my favorite subjects. The best way I can get the gist of it across to you is by giving you some examples of episode topics: What are the effects of commercializing feminism? How can Taylor Swift sell ‘squad goals’ after she’s put down women? What does the obsession with HGTV say about America? Pop culture often gets dismissed as frivolous celebrity gossip, and it definitely can be that, but it’s also a really important part of our American macroculture and influences our values, our political legislation, and the very way we think. Examining and questioning why things are the way they are (like why the Kardashians are so famous yet so hated) is a valuable way to understand each other and also really fucking interesting. I recommend starting off with the first episode on the Kardashian Industrial Komplex, which is a good introduction to the show and its ideas. Unfortunately it’s not currently being produced, as season 3 doesn’t have a sponsor, so 😦 for that.

Black Panther soundtrack: I haven’t seen the movie, but I listened to the soundtrack the day it came out and I’ve had it on repeat ever since. We’ve already established that I’m more of a casual music listener, so I don’t have super grand or insightful things to say other than it sounds damn good. Usually with albums I have a few clear favorites, but honestly, not with this one. I’m looking at the track listing right now and I want to put all of them down. They are individually so strong, but together? So good.

Smooth by Carlos Santana ft. Rob Thomas: OK, yeah, this is definitely the latest in a long line of me being very late and unaware of a big music thing. Surprise! Anyway, my boyfriend (who is definitely not a casual music fan like I am) compared Despacito to this song, and I was like, wait, what is that? Cue him showing it to me, my eyes and ears turning into hearts, and me playing it on loop for the next week until he told me I had to ban it from the car for his sanity. 😦

5. a few other sprinkles from my brain 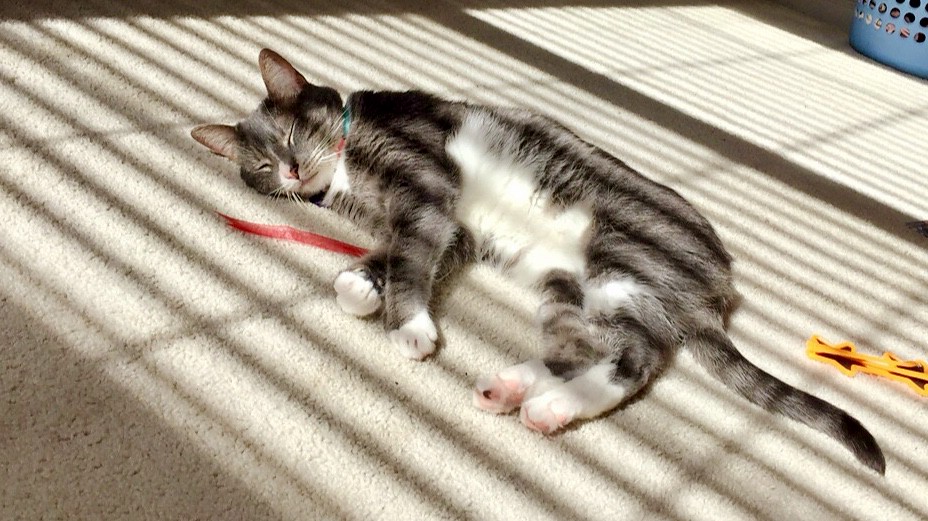 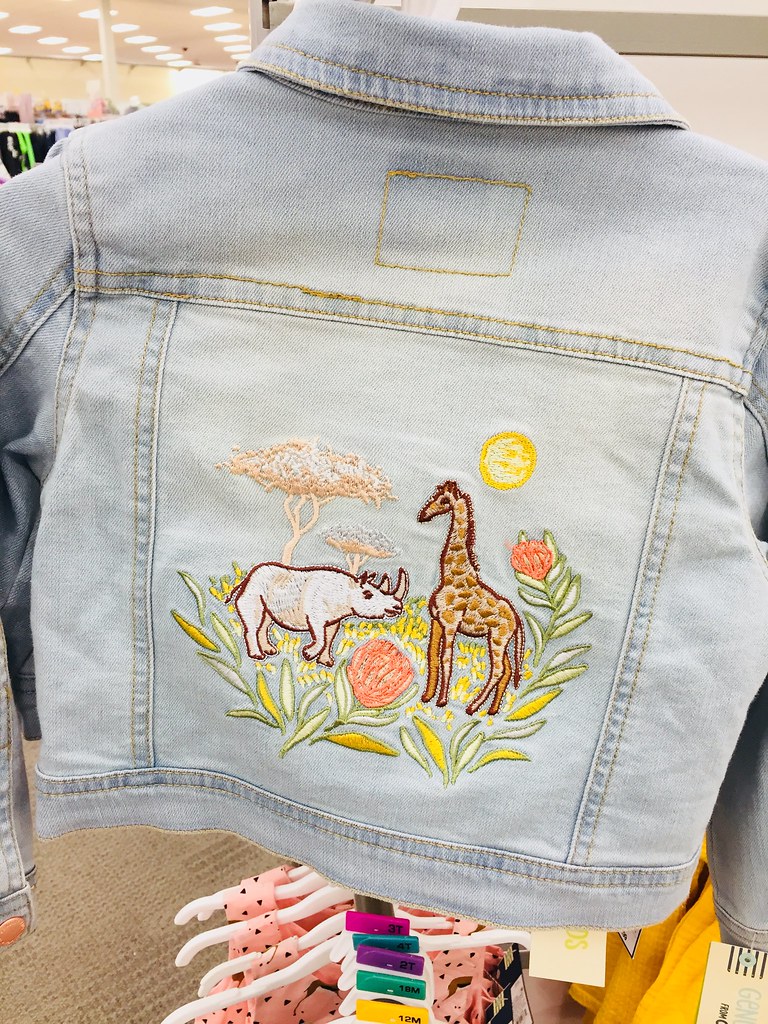