It’s the end of the month/beginning of a new month, and this time I’m comin’ at ya ONE YEAR OLDER (so a year closer to my internal age of like 93). Here’s what March looked like for me!

The last week of March was spring break for me, so I took a flight down to SoCal to visit my best frond. We talked a lot, ate a lot, and it was a real good time. I think I’ll do a bigger post with more photos, but here are some quick snaps in the mean time~ 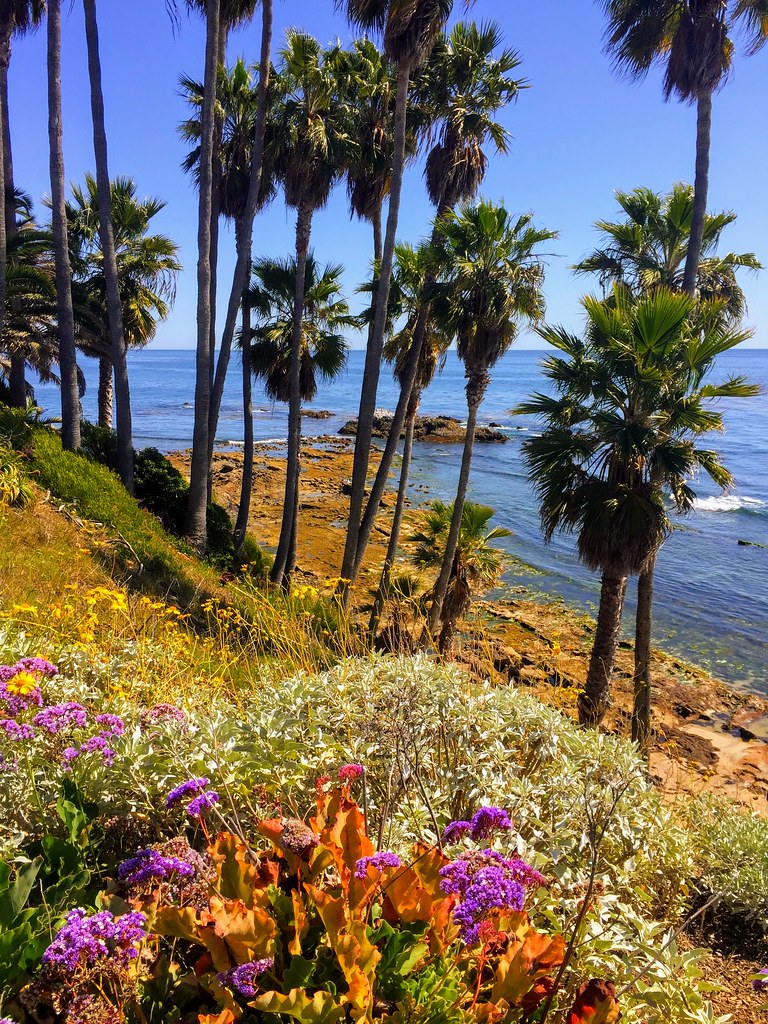 Laguna Beach! I haven’t been to a beach in a really long time and, guys, I don’t know if you know this, but the ocean is fuckin’ huge. What a new concept, right? Lol, it’s actually something that freaks me out if I think about it too much – just the sheer vastness of the water. I honestly think I could make myself hyperventilate if I thought about the ocean and space at the same time for like thirty minutes. But I digress!!!! Laguna Beach was very nice and there were some really cool tide pools where we saw a lot of anemones and even a sea star! A volunteer from some kind of marine institute was going around and helping people out and he told us that the sea star sighting was really rare, because there’s currently a disease sweeping the coast and all the starfish are dying. 😦 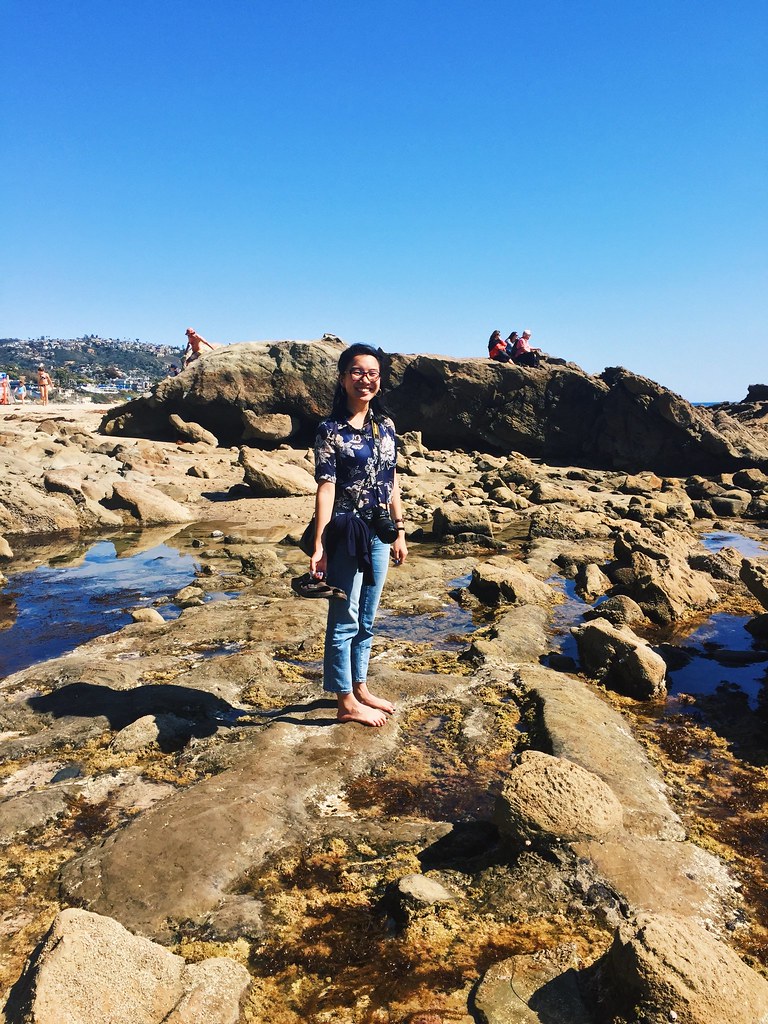 This picture was taken before I found out about the sea star genocide. 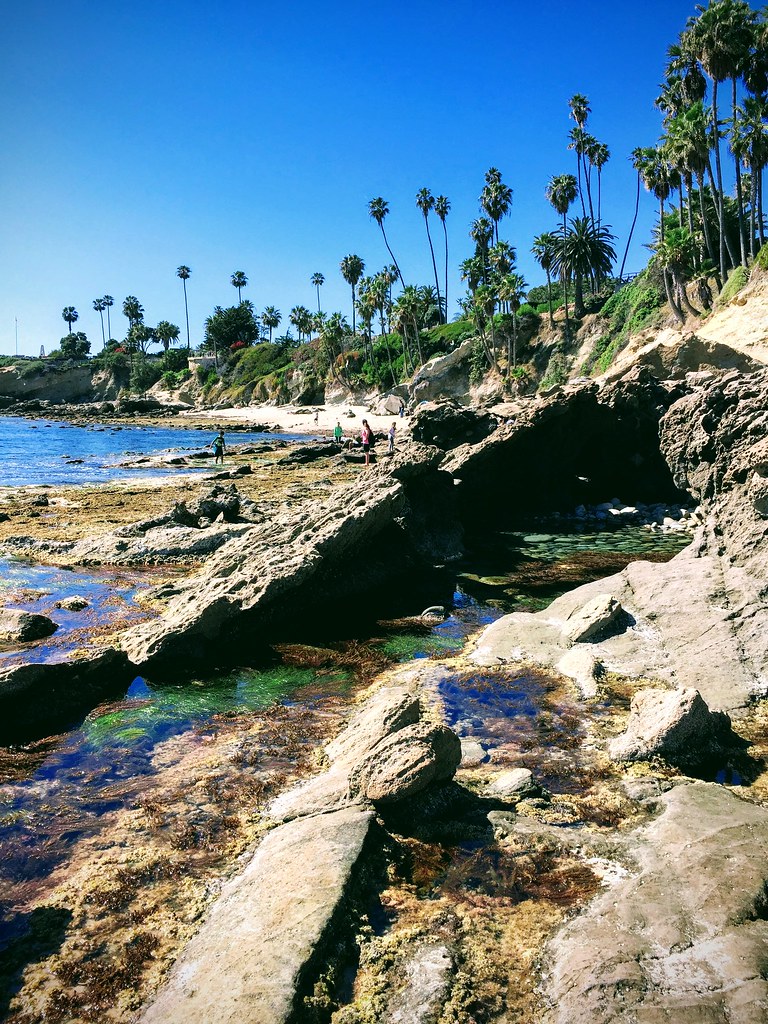 We did other things too, but I got a lot of nice ~shot on iPhone~* pics at the beach so here they are lol. Stay tuned for when I excavate my camera and see what kind of shitty photos I took after not touching it for a year!!

2. some non-corporeal thangz i liked

David JP Phillips’ TED talk on storytelling: We watched this video in my English writing class, which is officially titled “Composition and Critical Thinking”. Our focus is basically what makes a good argument and how to use ethos, logos, and pathos in one. One of my professor’s big points has been that pathos, or emotion, is super necessary – more than we think it is. Data and statistics and hard numbers are looked at as the ultimate in evidence, but the emotional element is really important too and plays a big role in convincing your audience. So we shouldn’t ignore it! This TED talk he showed us explained it so well. Phillips shares the neurological basis for why we humans like stories so much – for example, what kinds of stories trigger oxytocin or cortisol and what feelings those induce. Our brains are literally wired to respond to stories. (A gripe: I’m still annoyed he never shared what that lady told him at the interview.)

The Case for Reparations by Ta-Nehisi Coates: A very long article from The Atlantic on reparations, also discovered via my English class. This is one of the best long-form pieces I’ve read online. Coates’ is meticulous in his research and reasoning – in his argument – and weaves together human stories, history, fucking maps of Chicago to produce his case for reparations. I don’t want to summarize it any further because the article must be read as a whole and I can’t do Coates’ words justice, but I want to leave this quote here:

We invoke the words of Jefferson and Lincoln because they say something about our legacy and our traditions. We do this because we recognize our links to the past—at least when they flatter us. But black history does not flatter American democracy; it chastens it. The popular mocking of reparations as a harebrained scheme authored by wild-eyed lefties and intellectually unserious black nationalists is fear masquerading as laughter. Black nationalists have always perceived something unmentionable about America that integrationists dare not acknowledge—that white supremacy is not merely the work of hotheaded demagogues, or a matter of false consciousness, but a force so fundamental to America that it is difficult to imagine the country without it.

And so we must imagine a new country. Reparations—by which I mean the full acceptance of our collective biography and its consequences—is the price we must pay to see ourselves squarely. The recovering alcoholic may well have to live with his illness for the rest of his life. But at least he is not living a drunken lie. Reparations beckons us to reject the intoxication of hubris and see America as it is—the work of fallible humans.

Black Panther: Yeah, I know, I’m very late to the party. And everything I have to say about how fucking good and important this movie is has probably already been said. But I’m here to say it again!!!!! Black lives matter and black superheroes matter and black girl scientists matter and black love matters and black heroes matter and black villains matter and I want to see all of it everywhere all the goddamn time. It’s done so beautifully, the script and the music and the acting and the costumes and the movie as a whole and I cannot say enough good things about it. AND THE RHINO!!!!!! That’s a little cutie pie who knows their papa doesn’t want to hurt their mama.

3. some not non-corporeal things i liked

Michael B. Jordan’s face: I don’t know what to say about this except I want to scream every time I think of the guy. I knew he was hot, but I did’t know he was hot until I saw this look with the denim jacket and the glasses in Black Panther. What a disgusting hipster outfit that makes me want to tear off my clothes. And the man is adopting an inclusion rider for all contracts in his production company!!!! He’s pretty and cares about justice!! I think the last time I wanted to strangle myself because a famous person was so hot was when I was, like, 15ish and Joseph Gordon-Levitt sang New Year’s Day with Zooey Deschanel. It’s been a while since my loins were so fiery because of someone I didn’t know.

The Broad in LA: Art museums are gr8, y’all! For a brief day I, too, was a basic LA gal scurrying around Yayoi Kusama’s infinity rooms. 10/10 would rec.

A goddamn computer mouse: I got a wireless mouse from AmazonBasics. It’s life-changing in the best and smallest way. My fingers feel like they will fall off at age 30 instead of 25. Progress is being made.

Another one! Another shitty awful fucking thing has happened. Surprise!!!

Stephon Alonzo “Zoe” Clark was a 22-year-old man who was shot in his grandma’s backyard. Unarmed, black, holding a cell phone. Every time this happens it hurts – and I’m not even black! I don’t even have close ties with black communities. I cannot even begin to imagine what it feels like to be black and have this fear for yourself and see your brothers and sisters gunned down in the streets and in their homes.

This latest high profile shooting hit me harder than the previous ones because it’s so close to me. It’s here in my home, California. It’s in our capital city, half an hour away from my house. Stephon went to my community college. He has two kids. I’ve almost certainly walked the same stairs he’s walked at the school parking garage. Maybe his kids liked the same In-N-Out location I like.

I don’t know what else to say other than black lives matter and it’s past time we have that enshrined in law. I’ve been thinking lately about how I feel so strongly about these issues but am not very politically engaged/active, so I’m going to look into this myself and see what I can do and how I can help make concrete change instead of just crying when I hear the news on the radio. 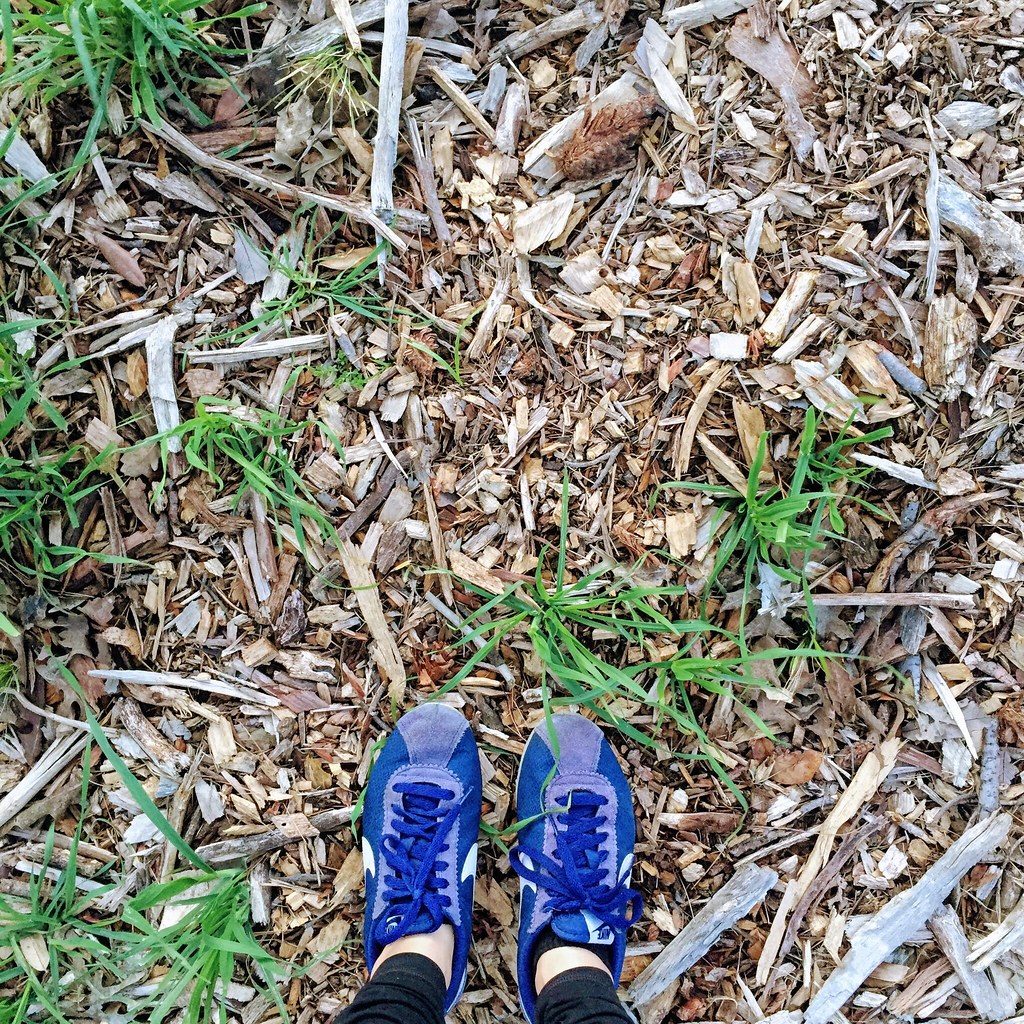 My attempt at those cool #fromwhereistand and #viewfromthetopp Instagram shots. I’m working on it. 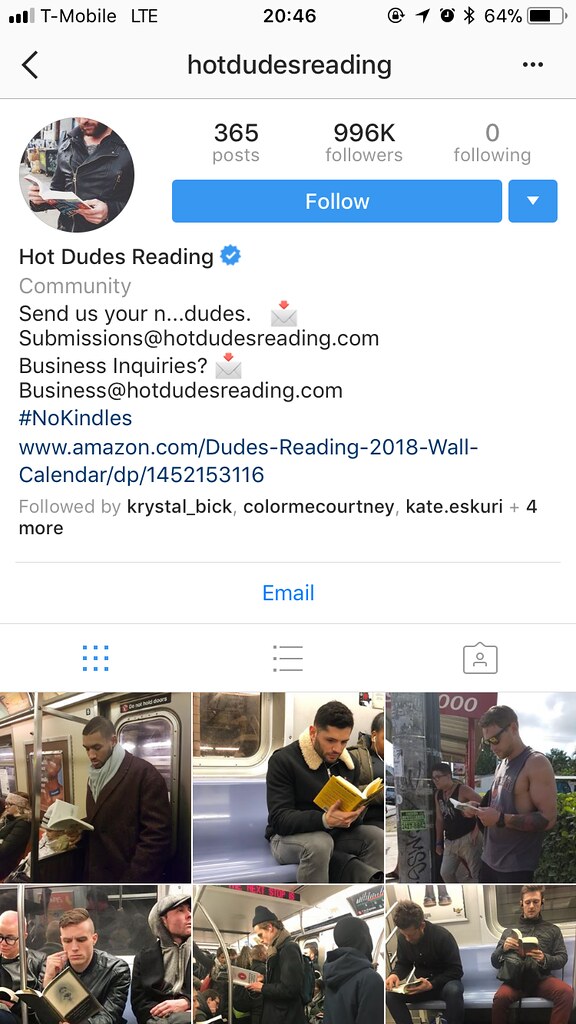 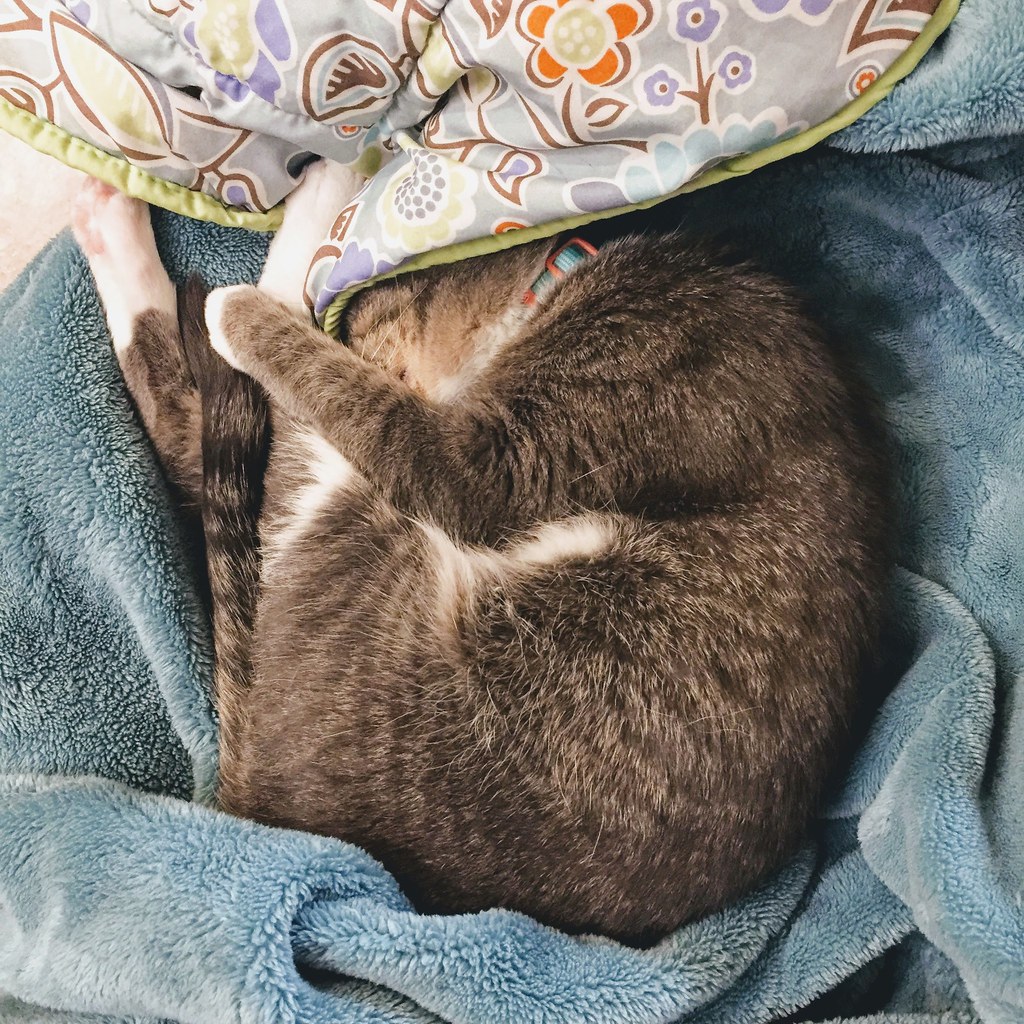 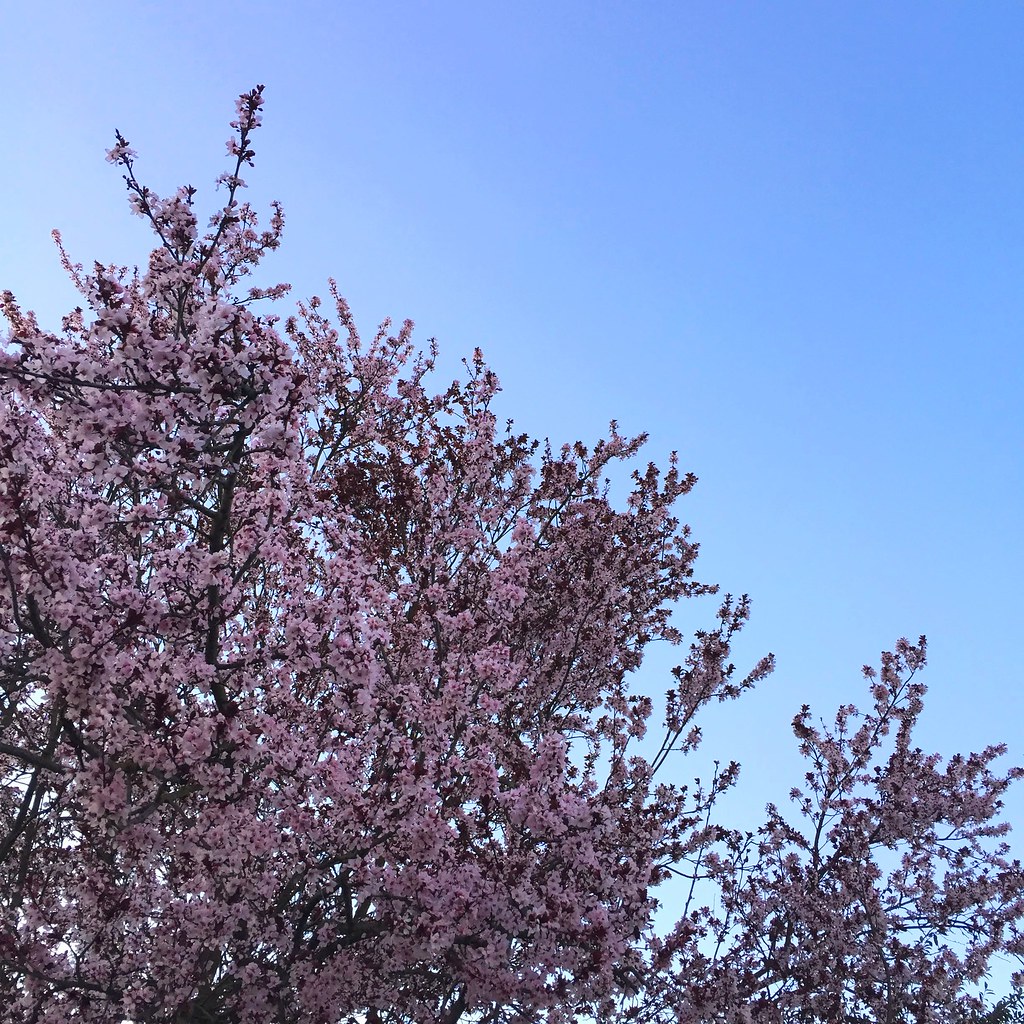 Are these cherry blossoms? I am very bad at naming plants. 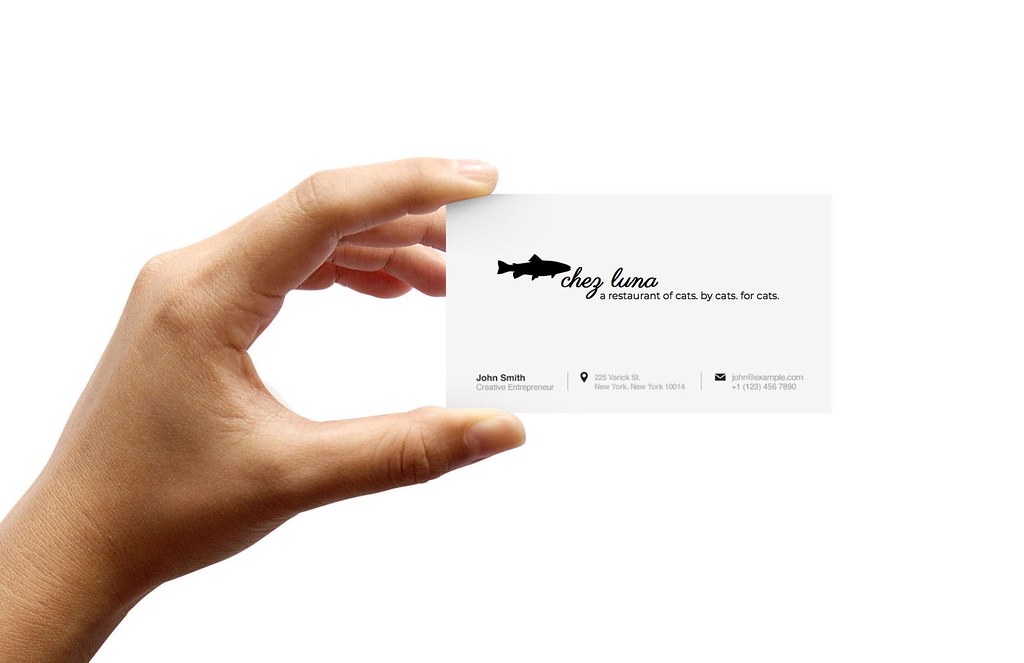 In case you’re wondering what great things I do with my time, here’s one – I made a logo for my cat’s hypothetical restaurant. It would be called Chez Luna and the tagline would be “a restaurant of cats. by cats. for cats.” – Get it? Like the Gettysburg Address? But, um, less super important because it’s an imaginary restaurants for cats?

That’s all for March, guys! Let’s hope April’s good to us all.