Helllo0ooo0ooo September!! 4 more months left of 2018, can you believe? I feel like throwing up just thinking about that. I have a lot of things I have to do in September (bc this year I’m applying to transfer from a community college to somewhere else and we have a big deadline in September) anddddd I’m gonna do my best to get them all done and not freak out too much. Anyway, here’s my August. 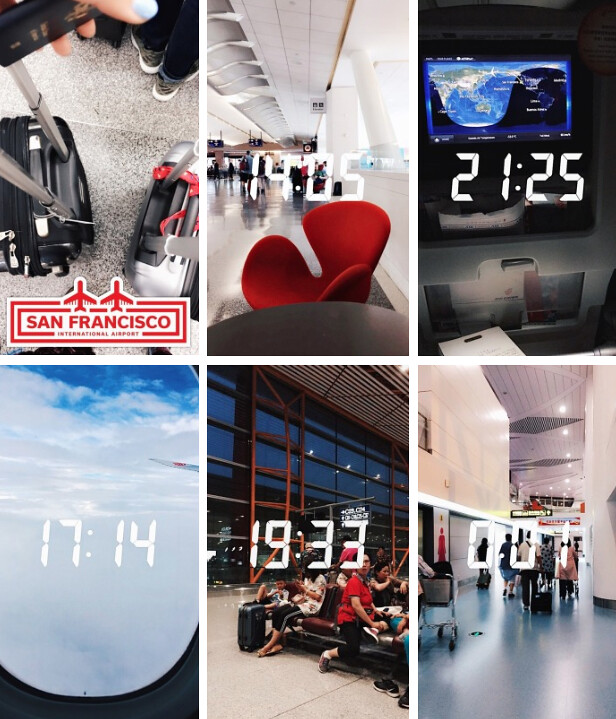 This month I went to China for two weeks! I left the day after my last final for my summer classes and I got back on the 25th, before my first day of fall semester classes on the 27th – so I’ve been kind of pooped. I spent one week in Yinchuan (银川) and one week in Kunming (昆明), as my mom’s side of the family lives in the former and my dad’s side of the family in the latter. To be very honest, I was looking forward to the trip as an opportunity to relax~ and recharge~ and that is very much Not What Happened, lol. We did Xtreme Touristing a good several days, I got sick for a few days, and there were a few not so pleasant arguments in the family (kind of an inevitable occurrence when the whole family spends an extended period of time together). All that said, still a good time. I rarely get to see my family since, you know, we’re continents away, so that’s nice, and it was my first time seeing my little brother in five or six months since he goes to school in the UK, and of course that’s nice too bc we’ve been BFFs since he was a fetus. I want to take some time to properly go through my photos from my camera/phone, but for now, here’s a few quick snaps! 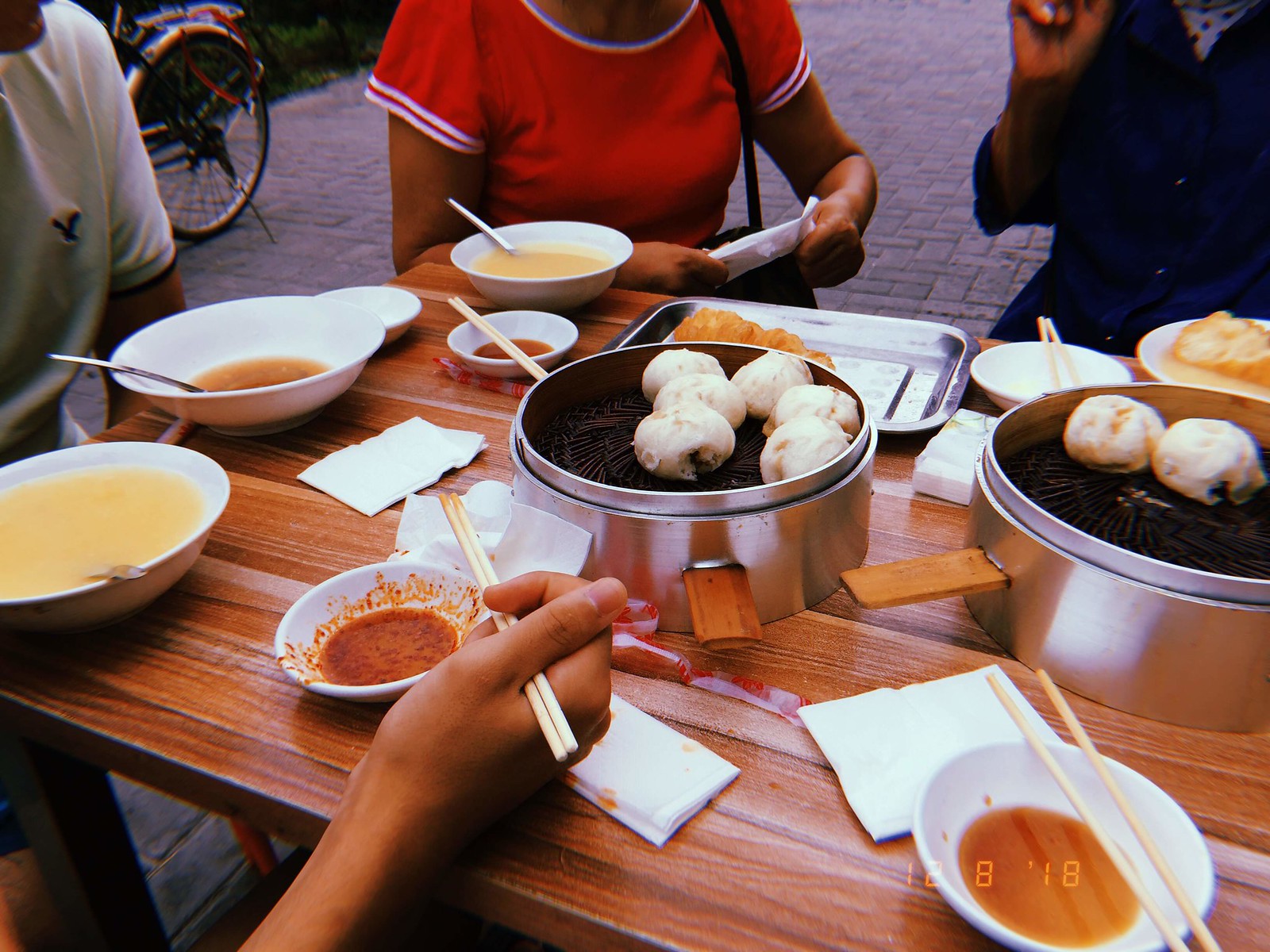 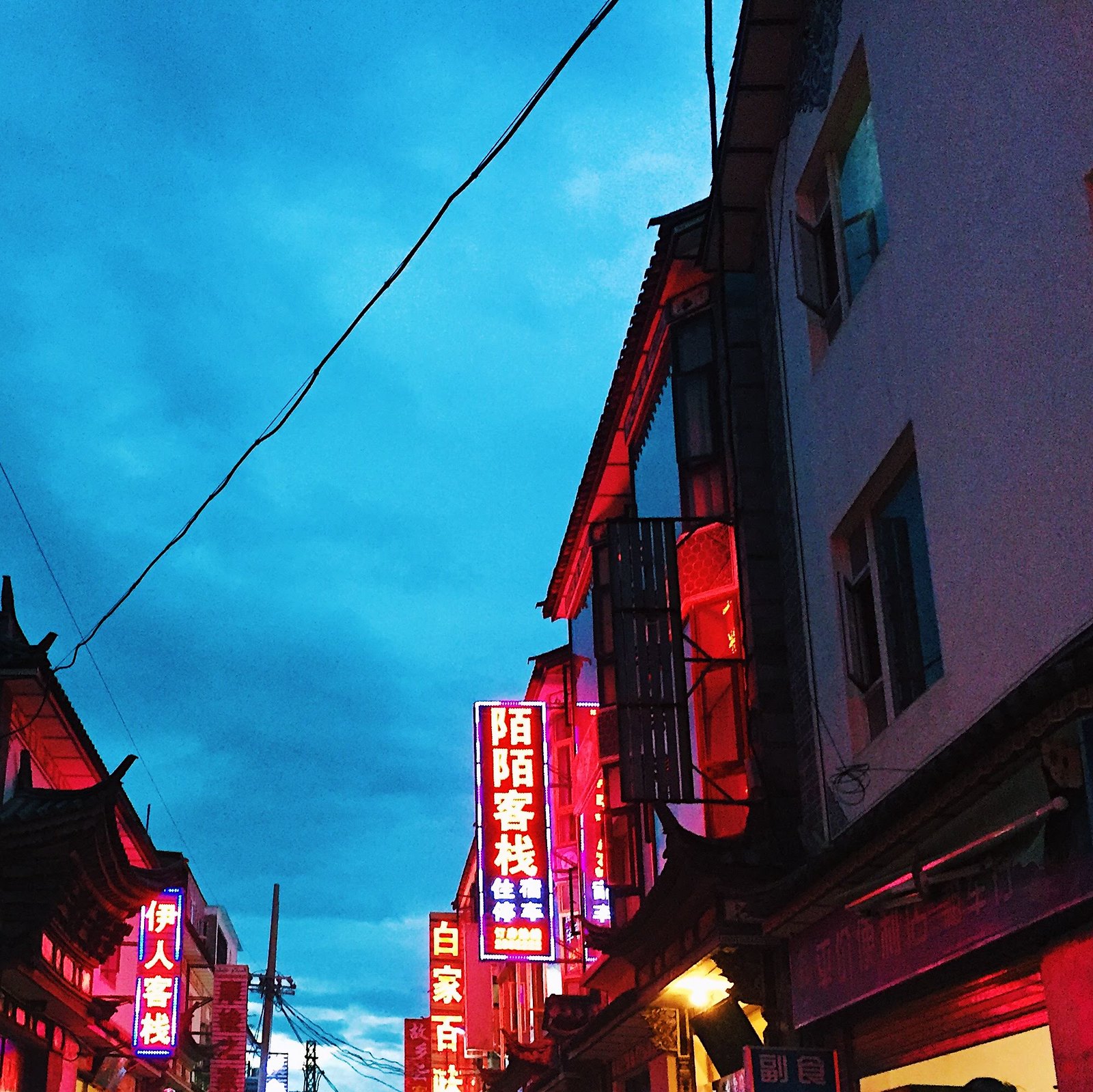 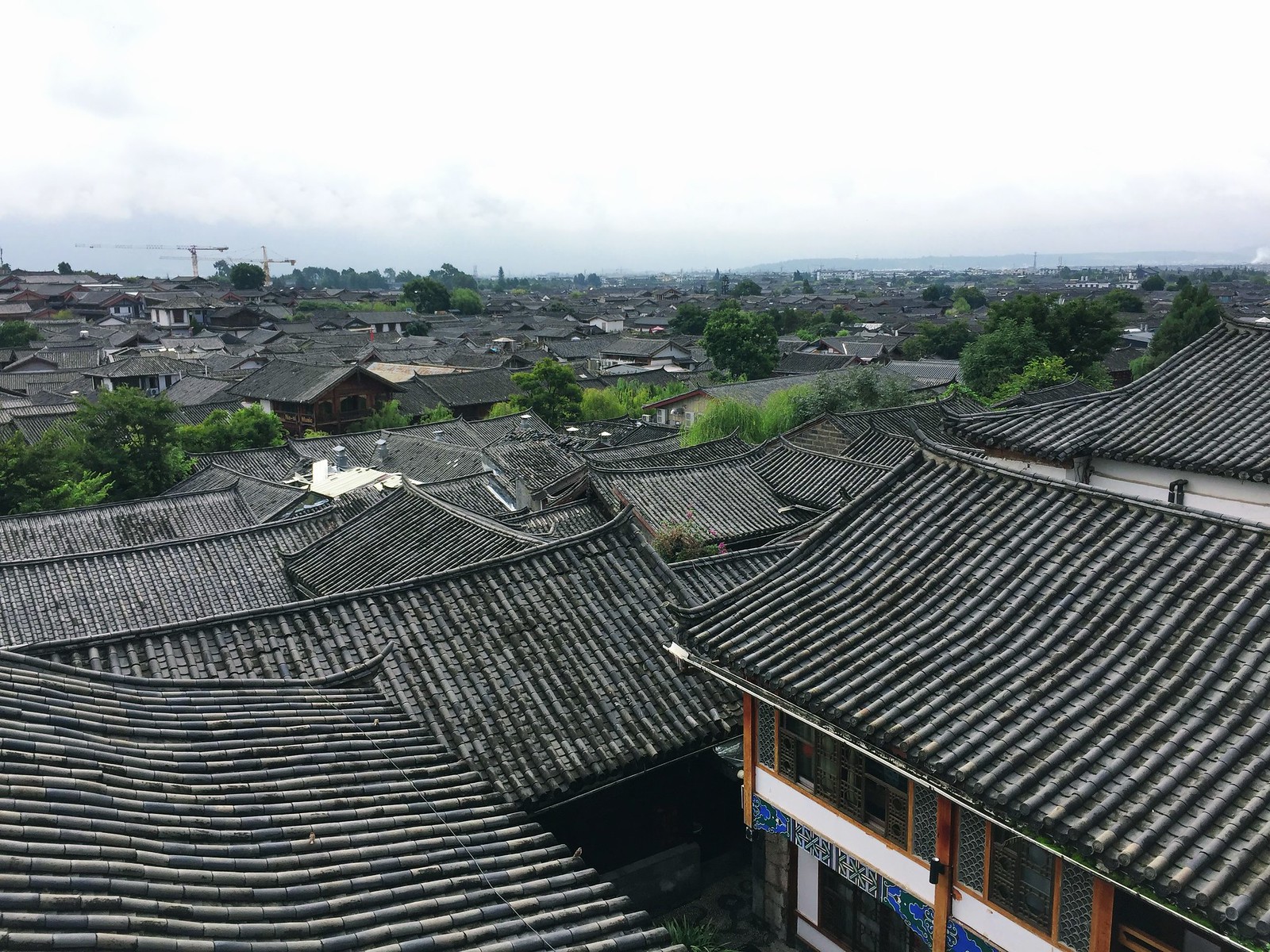 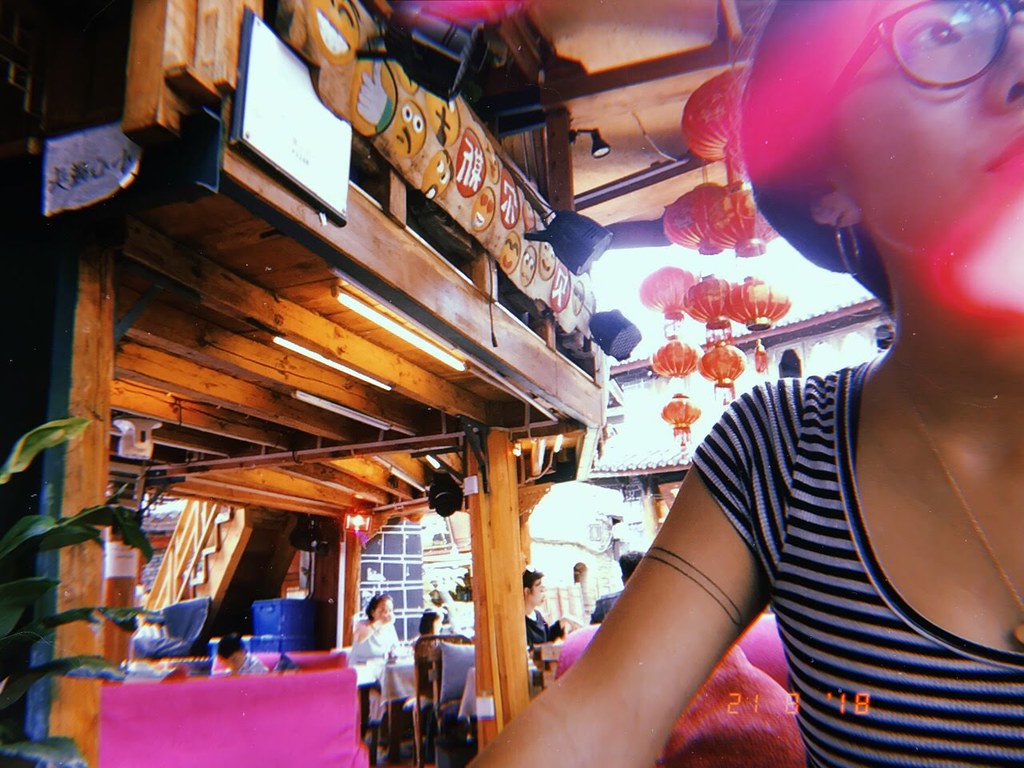 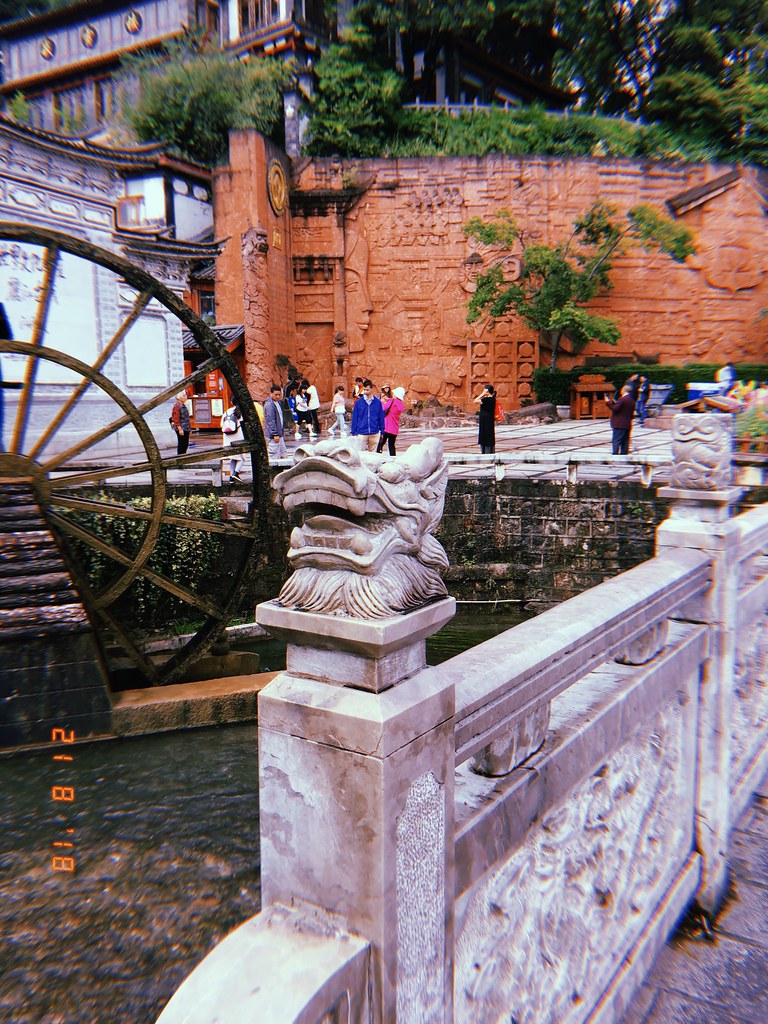 2. on speaking up in class not at all

School started this past week, and I’m once again terrified of public speaking and have mad social anxiety. This is not a huge surprise, but a little (read: a lot) disheartening considering how much I talked in class at the end of fall semester and during summer classes. Just goes to show that practices makes u better and if you stop then it feels terrible when you start again so fingers crossed I get back up there again!!!!!

Hydro Flask: These water bottles are hella fuckin’ expensive, but, like, IS YOUR HYDRATION AND HEALTH WORTH THE INVESTMENT???? I think yes. They’re also probably overpriced for what they are but like pls let’s not dwell. Lol, I finally succumbed to the lure of the basic bee water bottle and got this bright yellow guy at the beginning of the month. I’ve been using a Camelbak (the plastic one with the bite valve straw) for maybe four years, and the mouthpiece gets gunky and is really difficult to clean, so I thought it might be time for a change. I also like drinking ice cold water, and plastic obviously doesn’t insulate as well as stainless steel, so this has been serving me well in that regard, especially as China is not too big on the ice water thing. I want to put stickers on it and make it look like a minion (Minion? Is that capitalized? Are they a species?), but I worry about the permanence of that decision, so I’ll let u kno!

‘The quantified heart’ from Aeon: This article by Polina Aronson and Judith Duportail, edited by Sally Davies, on emotional technology and artificial intelligence across cultures is so fucking interesting. It opens describing the image in my collage above, of the same phrase – “I feel sad” – sent to Google Assistant and the Russian search engine Yandex’s Alisa, with strikingly different responses. Google replies, “I wish I had arms to give you a hug” and Alisa says, “No one said life was about having fun”. That example speaks to what values technology learns from the humans who make it and the implications for that in our world that is increasingly technological. Something I’ve thought of before is how technology isn’t neutral and ‘flawless’, because it’s made by people, who obviously are neither of those things. My mind immediately jumps to this story a few years ago, where a black man was tagged as a gorilla by Google’s facial recognition technology, which I think may have been easier prevented had there been more black people working on the teams that assembled that technology. That’s just speculation on my part of course, because I have no idea who worked on that at Google, but I think it being a blind spot for non-black people resulted in that blind spot being coded into the algorithm and resulting in this. This quote from the article really speaks to that idea of technology not being neutral and some kind of higher thing above us humans –

Delegating therapy to a machine is the ultimate gesture of faith in technocracy: we are inclined to believe that AI can be better at sorting out our feelings because, ostensibly, it doesn’t have any of its own.

Except that it does – the feelings it learns from us, humans.

‘There is no such thing as a neutral accent or a neutral language. What we call neutral is, in fact, dominant,’ says Rune Nyrup, a researcher at the Leverhulme Centre for the Future of Intelligence at the University of Cambridge.

In this way, neither Siri or Alexa, nor Google Assistant or Russian Alisa, are detached higher minds, untainted by human pettiness. Instead, they’re somewhat grotesque but still recognisable embodiments of certain emotional regimes – rules that regulate the ways in which we conceive of and express our feelings.

Cheap food in China: Food is, like, really cheap in China, y’all. 1 US $ right now is about 6.8 Chinese ¥ (Yuan), so this noodle place outside my grandparent’s apartment which sells like ¥15 bowls?? Unreal. Of course there are fancy restaurants and white people food is more expensive, but the regular restaurants

1984 by George Orwell: I read this ~classic~* book on the plane to and back from Beijing (when I wasn’t sleeping), and it was really fucking good. I don’t know that there’s more that I can add to all that’s been said about this, so I’ll leave it at – I think this is a book everyone should read at least once.

Airplane entertainment TV offerings: I don’t know about you, but I can’t think of a single experience that would be better suited to binge watching TV than a long flight. So, imagine my distress when I watched episode 1 of season 23 of America’s Next Top Model (the one without Tyra Banks, with Rita Ora hosting) and realized that was the only available episode on the in-flight TV thingy and I wouldn’t be able to find out WHO WOULD BE AMERICA’S NEXT TOP MODEL!! Yes, I know, I could have downloaded the whole season in advance onto my laptop and watched it, but time/effort/it’s the least the plane could do to make up for that measly legroom.

Broken hoop earrings: I have these hoop earrings I bought off Amazon a few years ago – I’m pretty sure they were my first non-stud earrings, and they’ve served me well since, eventually becoming my go-to everyday earring, but the clasp broke and it feels like one of those things that should be really easy if I only knew the name of this particular earring part..

How bad I am at Chinese: So, I’m really bad at Chinese. I attribute this to being born/growing up outside of China (so lack of immersion), my own stubbornness (so refusing to go along with my parents’ sending me to Chinese school etc), and my own laziness/prioritization of other things (so not doing too much to rectify the matter now). It’s the sort of thing I feel really guilty about, because that’s me and my heritage and my culture and I’ve failed at it. I’m mostly able to shove it aside, but it’s really unavoidable when I’m in the fucking country and have trouble ordering food or having conversations that go deeper than my favorite pens. 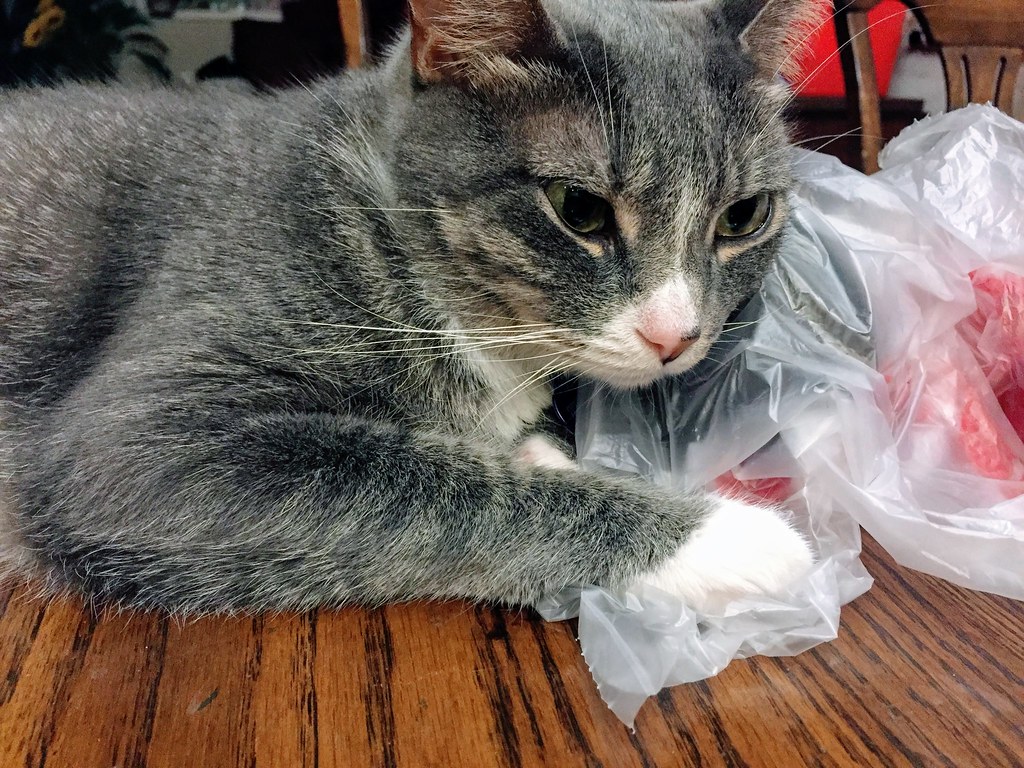 Luna using an AVOCADO as a pillow. O, my heart. It’s exploded. (This joke is from Amazon’s Alexa – we got the Amazon Echo as a gift from a friend, and she suggests things for you to ask her. When she said “Try asking me for a cat joke!”, my eyes boggled out with gleeful anticipation, and then I giggled remembering this joke for the rest of the night.) 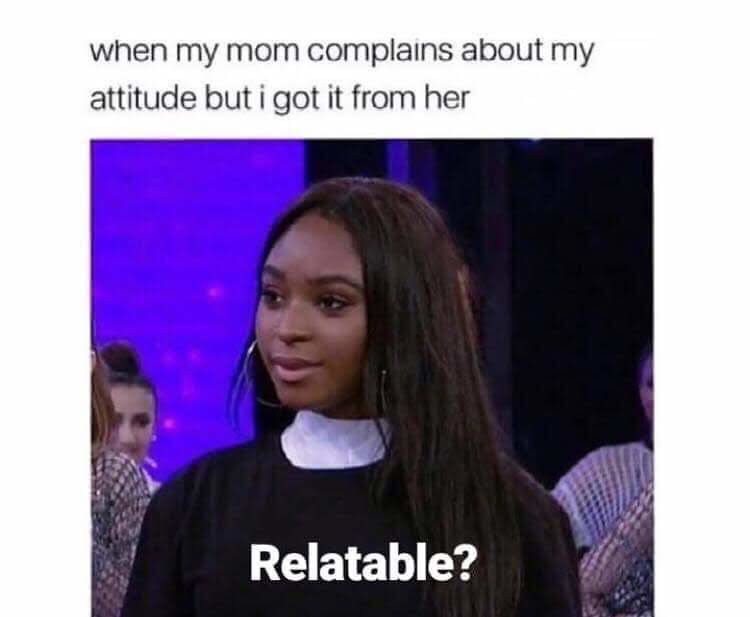 My mom and I shout a lot. All of my gripes about her are also all qualities that I have. It’s gr8 I have no issues w it. 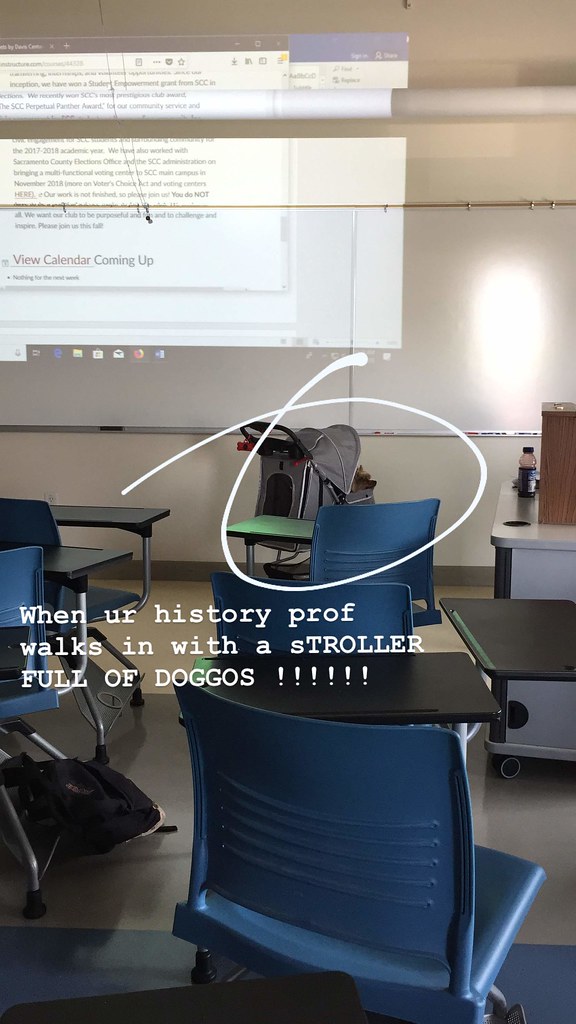 These dogs were named Zoe and No Diggity, just FYI. 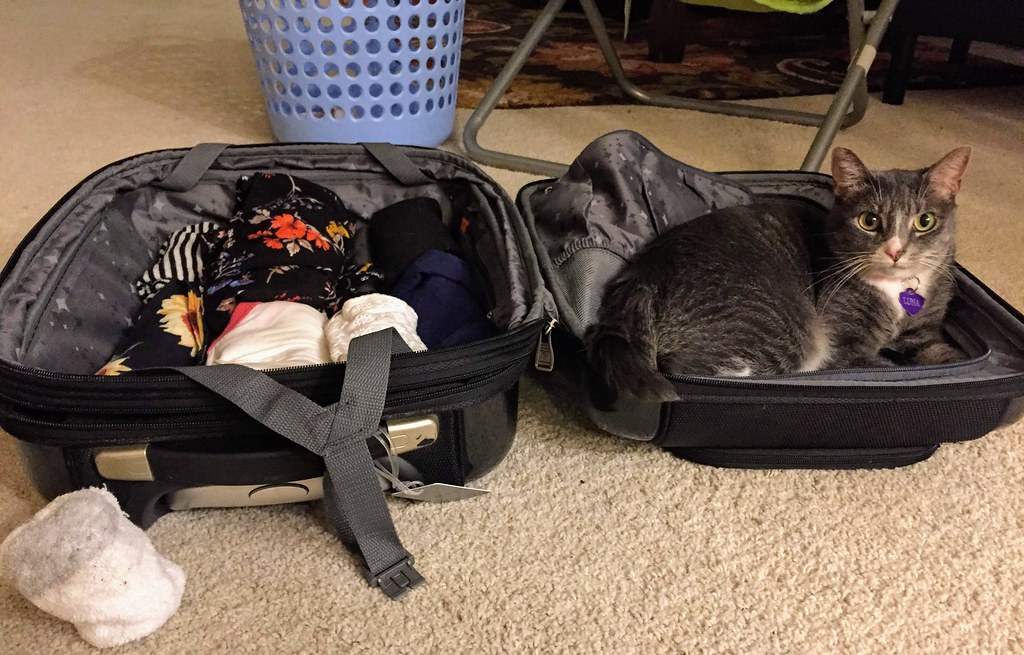 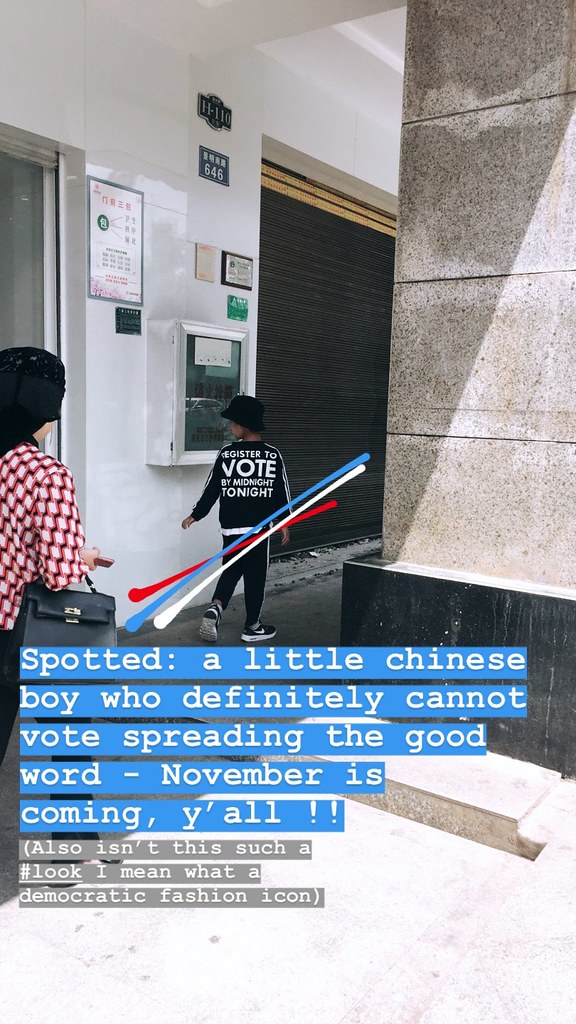 Can you imagine rolling up to vote in this outfit???? O.m.g. 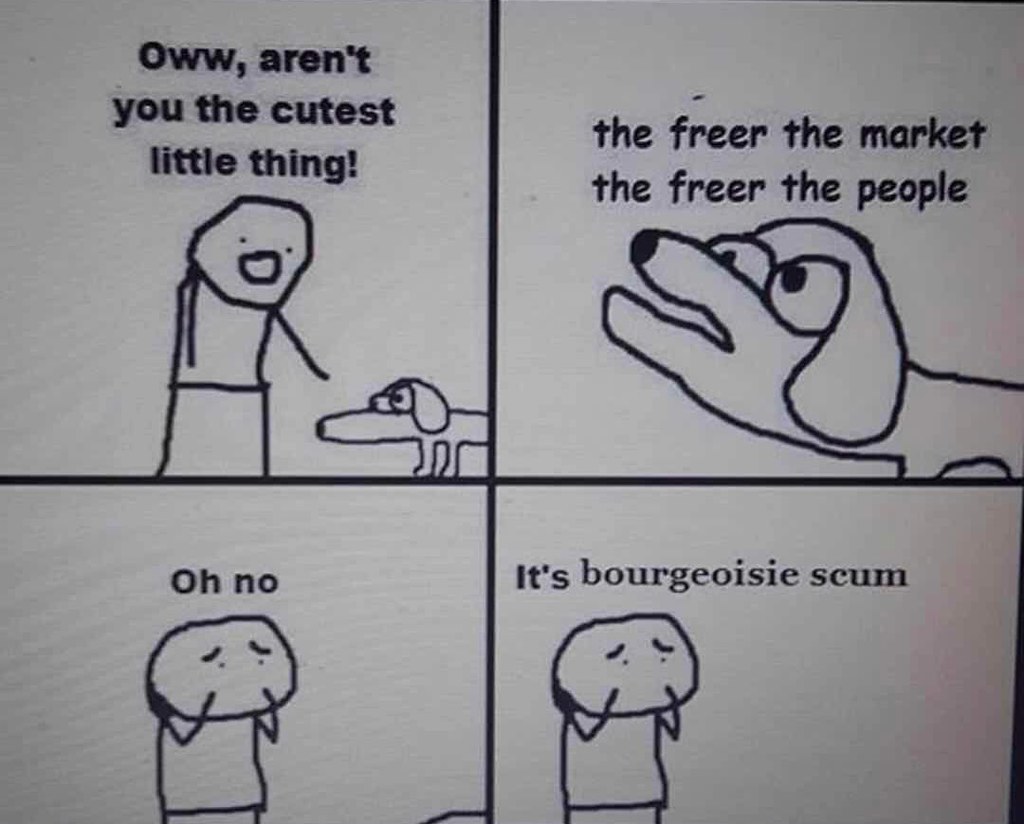 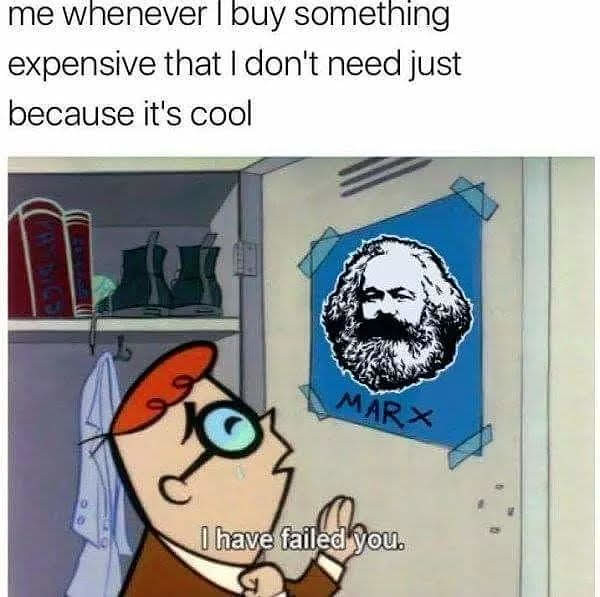 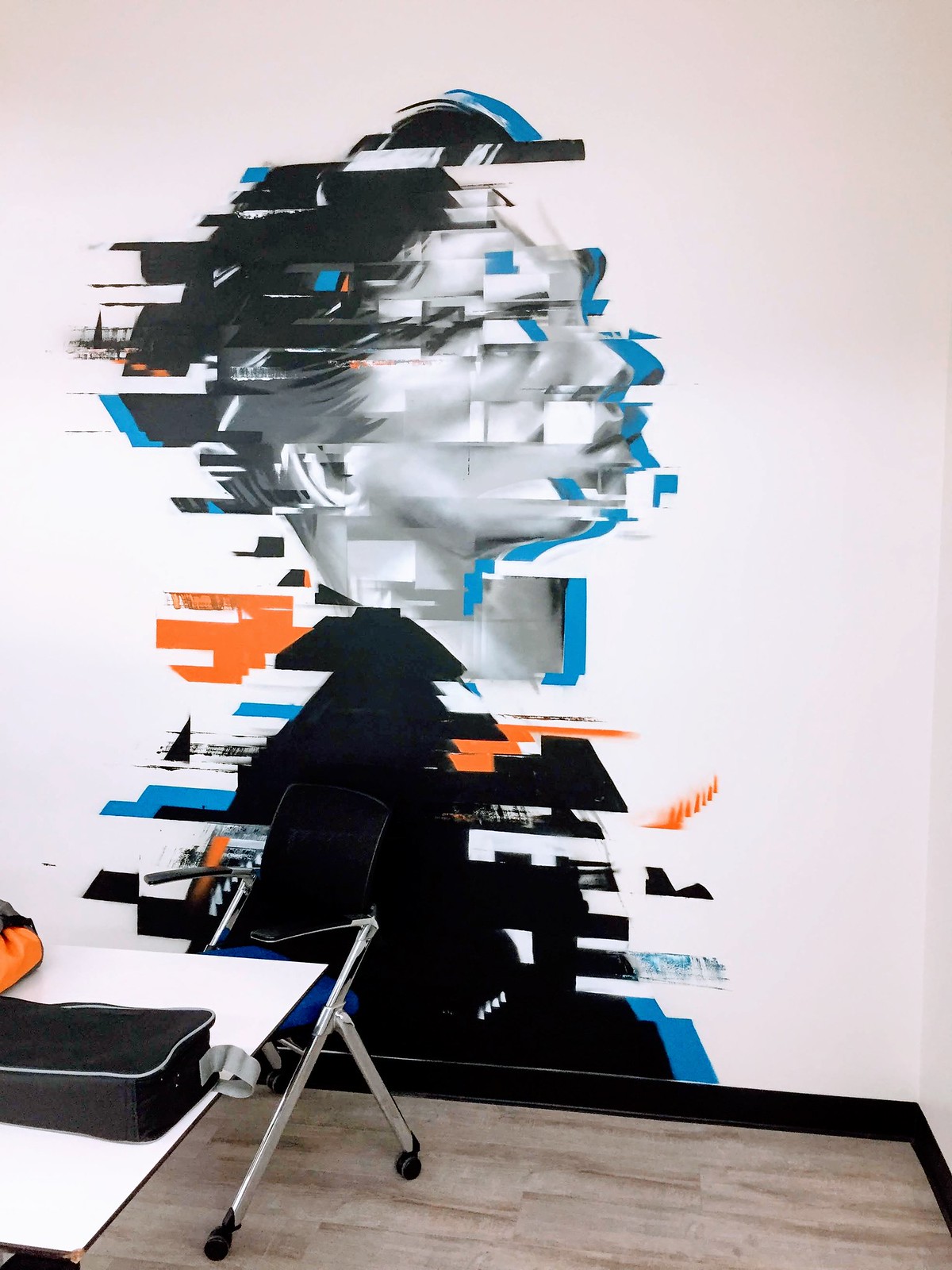 A mural (what is the correct definition of mural? Just a piece of art on a wall? Not sure) I saw this past week that I LOVED! I love blue + orange always everywhere. This style is so cool too. 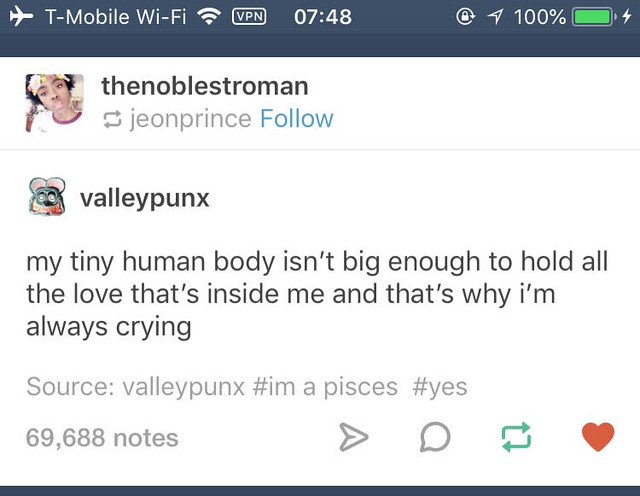 This is the best explanation I’ve found for why I cry all the time. #piscesnotszn 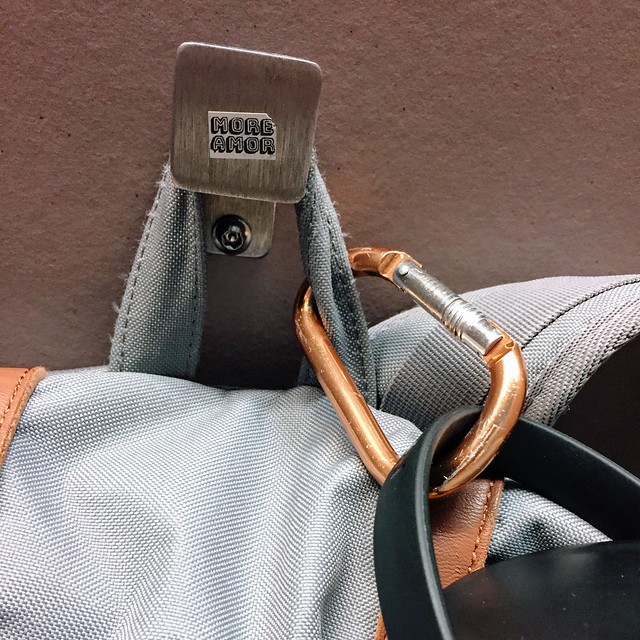 Spotted in the school bathroom a couple days ago! Love is everywhere if ya look. ☺️