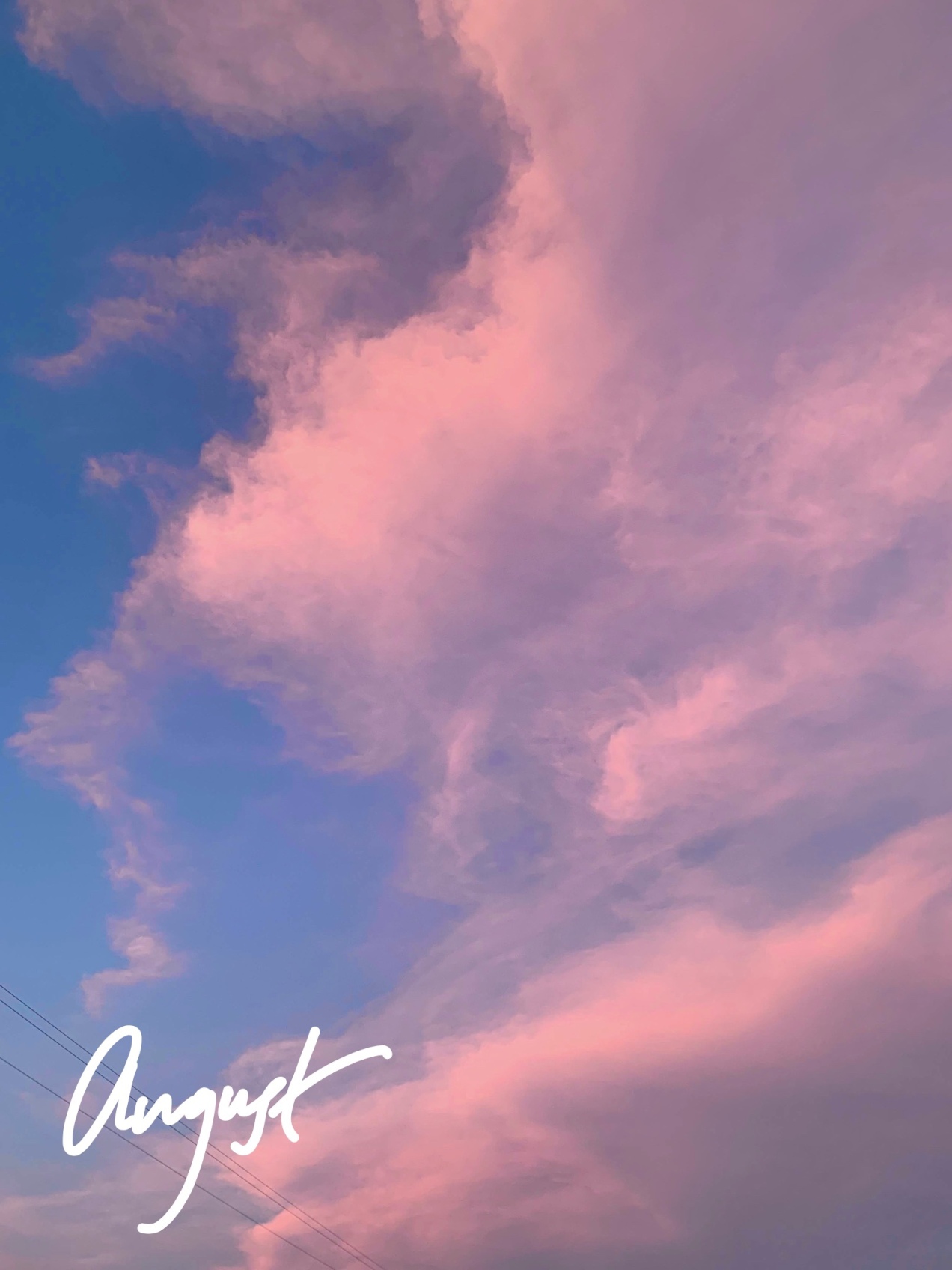 I don’t even know what to say in these anymore; time is really difficult when working from home and isolating. I think I’m in a shrinking group of people still doing the stay-at-home, shelter-in-place thing, so I feel a bit like a wet blanket but also liiiike yeah no do I really value in-person restaurant hang outs more than people’s lives and health? I dunno. I don’t think so. Some things which happened this month to mark the passage of time did happen though! I gave myself bangs at 1AM, and, you know, they’re alright. It was a Difficult Adjustment and I thought of many different drastic hair decisions to make (bleaching, dying, undercut, side shave, buzzed completely) and in the end went with the smallest impulse decision lol. It’s fine! I think I look cute! I also moved out of my LA apartment permanently, which is a Thing I feel oddly about. The end of ~a chapter of my life~, I guess, and now I definitely live with my parents again. Which is fine! I insist! I may cry more but this is a difficult season arc that I’ll survive! Otherwise, you know, summer classes are chugging along, California had (is still having) the shittiest heatwave and wildfire time, and I’m doing the best I can with the shit I have.

The Boys: This is a TV show about superheroes in our real life, post-industrial, capitalist world and it’s really interesting. Like, of course a super speedy superhero would just be a stressed out pro athlete trying to enhance his performance! Of course there would be Christian mega church tie ins with the superheroes who have wings and biblical shit like that! Of course there would be beauty pageants for kid superheroes! Of course superheroes would have their tentacles in Congress! I’ve always been interested in the fall out of superhero movies – how many businesses were destroyed in Avengers? Are those people on the street OK? Is Captain America ever going to go to therapy for all of his trauma? – so I’m really enjoying that. It’s pretty gratuitously gory and violent, but otherwise I’m into it.

The Legend of Korra: Another chapter in my dive back into Avatar! I didn’t watch Korra before because I heard bad things about it, but now that I’m on season three and we’re having a resurgence in Avatar fandom, I think that was all bullshit. Similar to The Boys, it’s a really good look at how bending would function in a real life society that has progressed into industrial times. Like, of course someone would invent a sport like pro-bending! Of course! I’m really enjoying how there’s a bit more political intrigue and we’re getting more of an adult view into relationships, like with Aang’s kids and Toph’s kids. And for the record, I think all the criticism leveled against Korra is mostly sexist bullshit. I don’t think half these people would have shit to say about her brashness or confidence if she was a dude. So, yeah, really glad we started this. I’d die for Bum Ju.

Taylor Swift’s folklore: In my head and my heart, this is Red’s successor, and it’s all I have ever wanted from this woman. I really like The National, so when I saw the surprise announcement that she co-wrote it with Aaron Dessner I was like !!! I think I’m gonna love !!! And I absolutely did. I’ve gotten used to disliking at least 3 songs on every album she puts out, so it’s a very pleasant surprise to not have to skip any track on this album.

Landlords: I don’t think this needs an argument, because I feel like everyone who’s rented has probably had at least one landlord who was just awful. I was lucky enough to have this be my first one! To keep a long story short, she yelled at me on the phone, said I had made her do so much work, and was lucky she wasn’t taking me to court but only charging me an extra $250. To which I say, sorry you had to do your job, you mean person??? Why do you prey on people with less power??

Living at home: You ever look at a family member and think, “oh, so this is why I have this really negative, harmful belief, and this is what’ll happen if I don’t take care of it and myself”? Yeah. It’s a trip.

Getting into Bon Appetit and then getting out of it: I started watching Bon Appetit videos while everyone was cooking at home, and it was lovely. And then I was like, wait, didn’t something happen with these people and brownface? What was that all about? And then I read Sohla, Priya, Rick, and Christina’s posts and was like ah. OK. So it’s like that. It’s shit. Cool. Great. No doubt. That’s fine. I wasn’t falling in love with you or anything.

4 – browser history (it’s not really a reading list, is it? it’s like highlights of my internet history)

After viewing “Knives Out,” I became visibly upset as I tried to explain to a group of mostly white friends that I felt as though I had seen an entirely different movie from the one they were raving about. I’ve been in some of the situations Marta endures — being asked to prove my citizenship, feeling unsafe speaking Spanish — and the movie brought up so many of these unpleasant memories repeatedly to little narrative effect. Instead of enjoying the twists and turns of an entertaining film, I left the theater with emotional whiplash caused by what felt like empty virtue signaling.

It’s not that art can’t take on difficult topics. It’s that creators have an obligation to consider some of the unintended effects doing so may have on their audience, especially those creators least likely to be directly affected by the issues they raise. Many of us dealing with these fears firsthand don’t want a vivid reminder on our way to work or in a darkened theater surrounded by the laughter of strangers at something that makes us cry or keeps us up at night.

The problem with using shock or repetition to drive the point home is that it can signal to those who are meant to feel visible that the creator doesn’t actually have them in mind. That alienation can make us feel like outsiders, but we’re in the audience, just like you, and this art can be made for us, too.

Monica Castillo for The New York Times, Why I Left ‘Knives Out’ With Emotional Whiplash

Also, I found this handy list of Black-owned bookstores across the US while I was trying to buy textbooks for class:

Maybe—but maybe not. It might well be the story of someone whose never-ending quest for more and more success leaves them perpetually unsatisfied and incapable of happiness.

Arthur C. Brooks for The Atlantic, ‘Success Addicts’ Choose Being Special Over Being Happy